This is cross posted from Richard Millet’s Blog

It’s Saturday and that means anti-Israel protest outside Ahava. The protest started an hour earlier than usual because some protesters had to shoot off to an anti-fascism and anti-Islamophobia rally.

So many protests, so little time.

After a year the Ahava protests are finally starting to attract some celebrity anti-Israel activists.

Two weeks ago Sarah Colborne, Director of Campaigns and Operations at the Palestine Solidarity Campaign, made her first appearance.

She was present again this week but there was even greater royalty in the form of Martin Linton, Chair of Labour Friends of Palestine, who lost his Battersea Parliamentary seat in May.

In March Mr. Linton told a meeting in Parliament that Israel was using its long tentacles to fund British election campaigns and to buy Conservative support. His speech made front page headlines.

I did suggest to him today that if he switched sides then this all powerful pro-Israel machine might win him a place back in Parliament. Sadly, he declined the offer.

Meanwhile, ever present Bruce, chief secretary of AAAUK (Americans Against Apartheid UK) took the opportunity to tell passers-by that disagreed with him that they were fascists (clip 1 below).

Others were content to hold up pictures of dead Palestinian children while describing pro-Israel activists as “bloodsucking” (clip 2 below).

In two weeks time it is Ahava BUYcott weekend where you can obtain a 10% discount on Ahava products and then wave your purchases at the anti-Israel protesters as you exit the store (39 Monmouth Street, Covent Garden). Always fun. 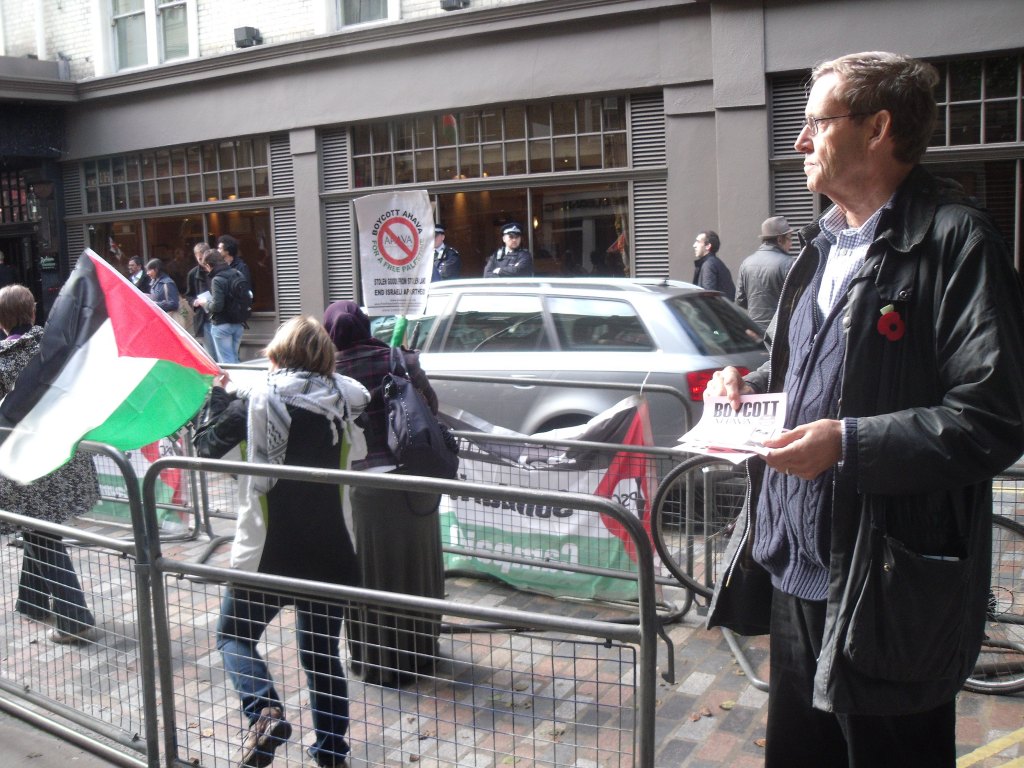 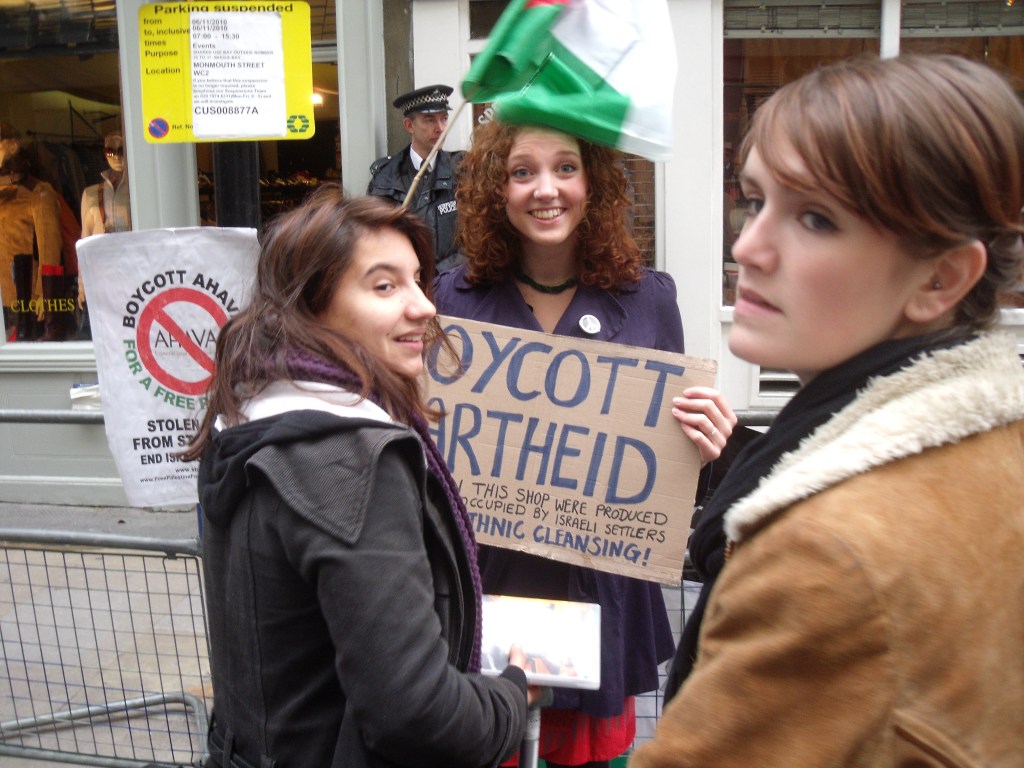 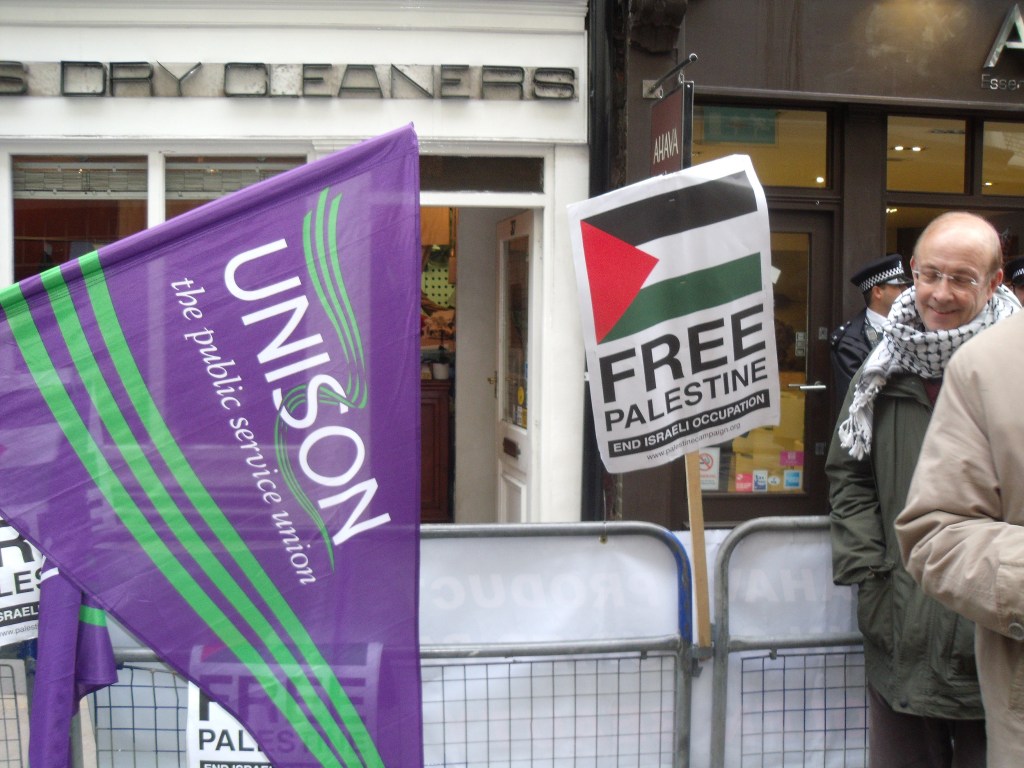