A Facebook group – said to be supported by a yet unnamed Arabic TV Network – calling for a third violent intifada in Israel has garnered over 40,000 supporters. 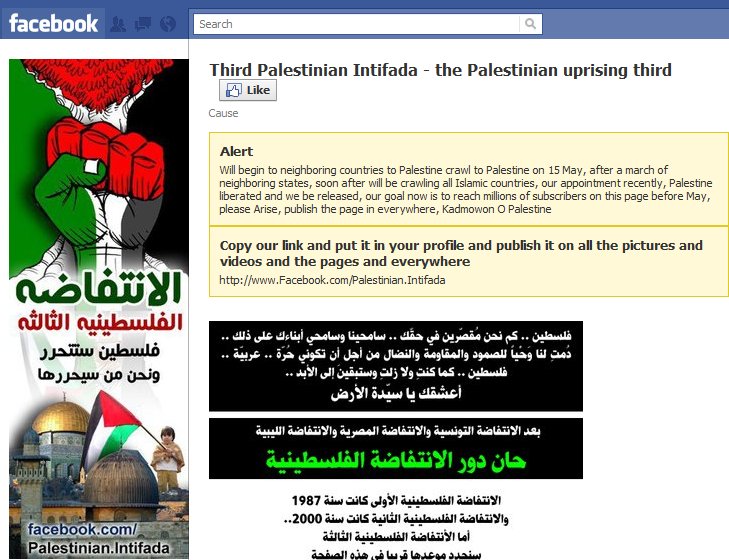 Despite the above threat (to boycott Facebook if the page is closed), note that Facebook’s user agreement quite explicitly prohibits such incitement to violence:

“You will not post content that: is hateful, threatening, or pornographic; incites violence; or contains nudity or graphic or gratuitous violence.”

So, anyone interested in acting to prevent another deadly campaign of terror against Israelis should click on the link “Report Page” located just under the number of “Likes” on the left hand side of the page (graphic below), and submit the “anonymous” complaint under the appropriate category.

(UPDATE on March 10: The page still hasn’t been removed and has now garnered over 75,000 members.)