While many in the mainstream media, including the Guardian, continue to callously describe Israelis (including small children) killed yesterday in Itamar as “settlers”, its important for those not predisposed to seeing Israeli men, women, and children – some of whom happen to live across the green line – as a mere abstraction to humanize such innocent victims.

While we have decided against showing the gruesome crime scene photos taken of the Shabbat attack in Itamar which have been circulated online, it certainly seems appropriate to show pictures of the victims while they were still alive, as we did when displaying photos of the Fogel family in yesterday’s post.

Here are photos of the 123 children killed by Palestinian terrorists from the start of the 2nd Intifada through 2006 – attacks which were launched in coffee shops and restaurants, on dozens of buses, and in the middle of the street. (I was unable to locate info on child victims since 2006.) 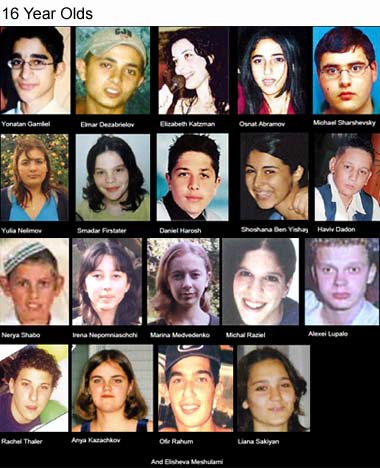 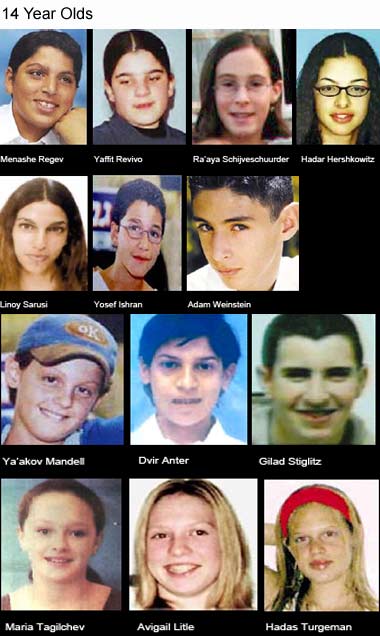 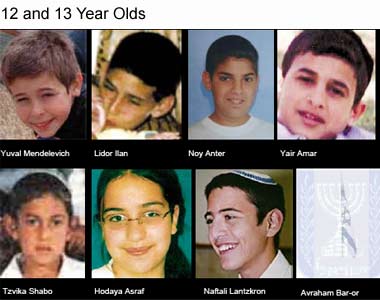 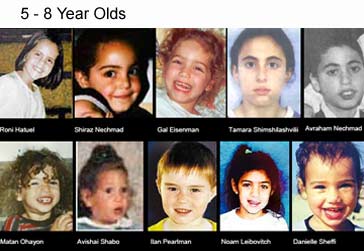 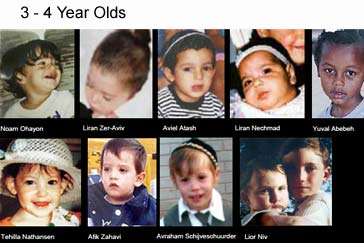 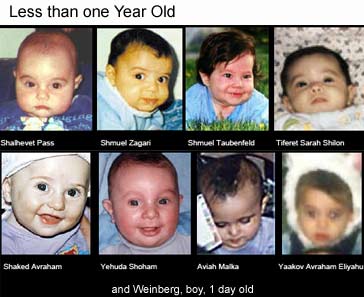