The following quantitative analysis, of Middle East reporting by the UK media in 2010, by Just Journalism demonstrates, among other findings, the egregiously disproportionate coverage devoted to Israel, in comparison with other nations in the region, by the Guardian. 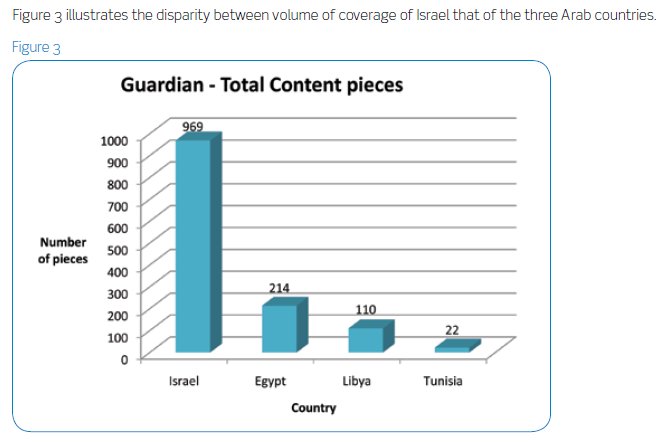 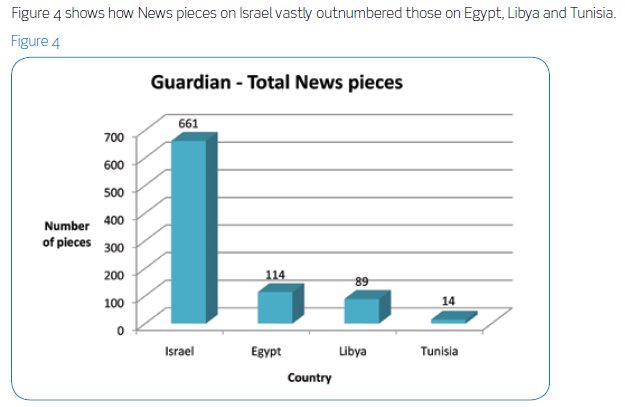 “what distinguishes The Guardian’s journalism on Israel from that on the Arab countries is the presence of a permanent reporter in Jerusalem, who produces highly regular content for the print and online editions.”

In the first five months of 2010, then-Jerusalem correspondent Rory McCarthy filed 70 news reports on Israel, equivalent to almost one report every other day. When Harriet Sherwood replaced him, she filed 139 reports in the remaining seven months of the year, an increase of more than 40 per cent.

No comparable set up was in place in Egypt, Libya or Tunisia, as only Israel has a devoted correspondent to filestories on a near-daily basis.

Two hundred and fourteen Content pieces were published on Egypt, ten of which were triggered by December’s shark attacks in the Red Sea resort, Sharm el Sheikh. Only four more pieces addressed the rigged Egyptian presidential elections, also in December, which extended the reign of the recently ousted Hosni Mubarak.

Coverage of Libya, about which 110 Content pieces appeared in 2010, was dominated by the release from UK prison in 2009 of convicted Lockerbie bomber Abdel Baset al Megrahi, with 48 articles on this story.

Tunisia was barely covered by The Guardian in 2010, with only 22 Content pieces about the country.

These trends were reflected in coverage by Middle East editor Ian Black, who covered Israel in 87 Content pieces, compared with only 12 on Libya, nine on Egypt and three on Tunisia.

The number of Comment pieces published on The Guardian’s ‘Comment is free’ website follows the pattern of concentration on Israel, with articles on Israel far outstripping the number published about Egypt, Libya and Tunisia.” 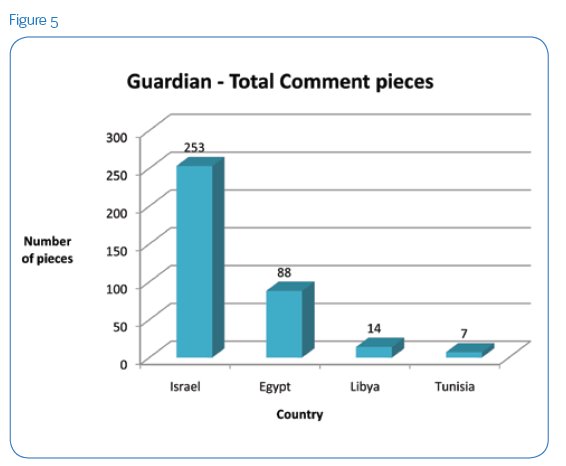 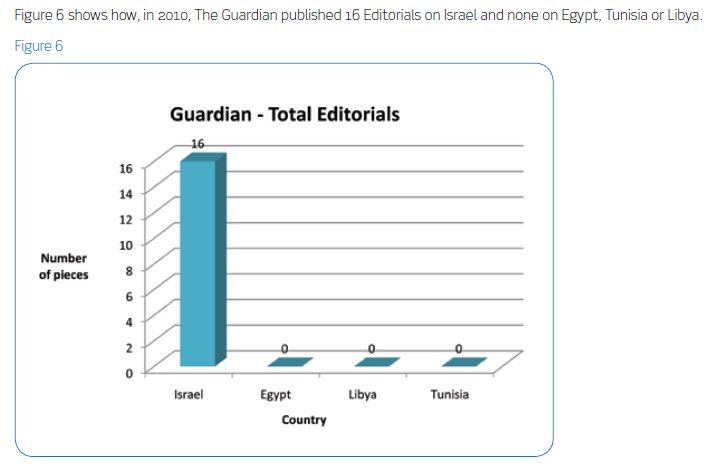