A sincere H/T to Richard Millett

For Nazi Germany Jews were not just a Fifth Column, not merely an enemy from within, but a cosmic evil which had to be eradicated.

Here are the words spoken by Lauren Booth, (Tony Blair’s half-sister-in-law) at the Al Quds Day terror rally organised by the Islamic Human Rights Commission in London’s Trafalgar Square yesterday, after she had just sworn her allegiance to Hamas:

It is time, Brothers and Sisters, for Al Quds to be liberated. For Islam and people of the world who wish to pray there to the one God. And we say here today to you Israel, we see your crimes and we loathe your crimes. And to us your nation does not exist, because it is a criminal injustice against humanity. We want to see Lebanon, Jordan and Egypt go to the borders and stop this now. Liberate Al Quds! March to Al Quds!”

Typically, I’m very hesitant to employ Nazi analogies when characterizing anti-Israel “activists”, but when those who champion Palestinian rights explicitly seek Israel’s destruction – not a two state solution, but an end to the Jewish state’s very existence – the comparison is morally justifiable.

Here are some more photos: 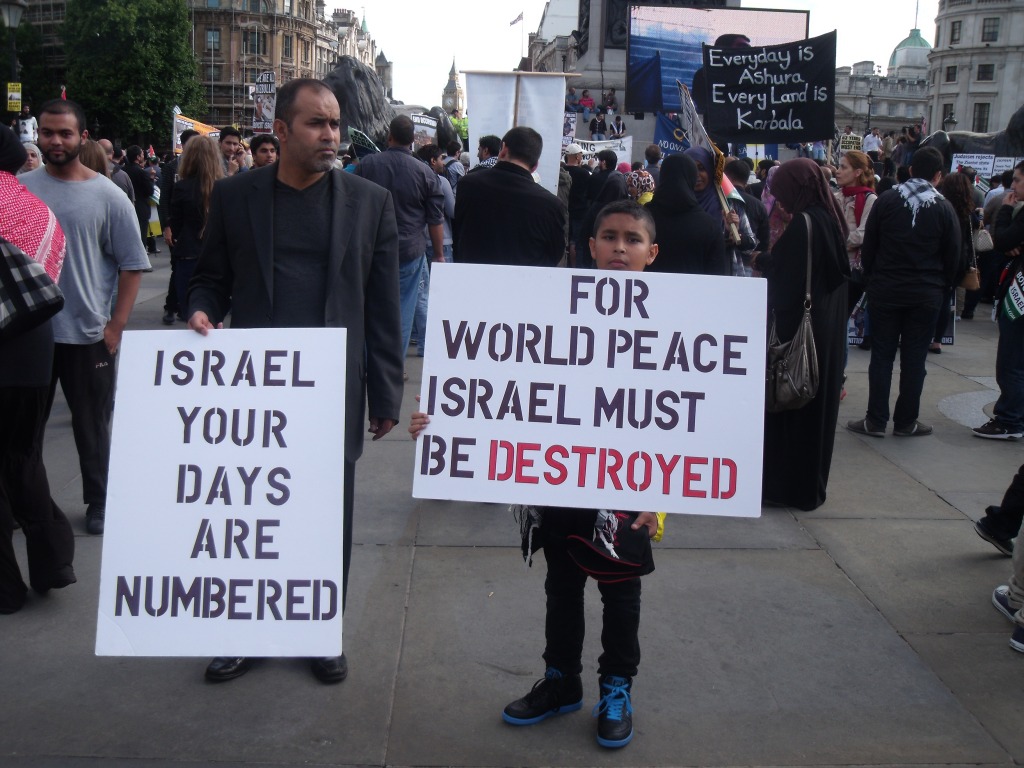 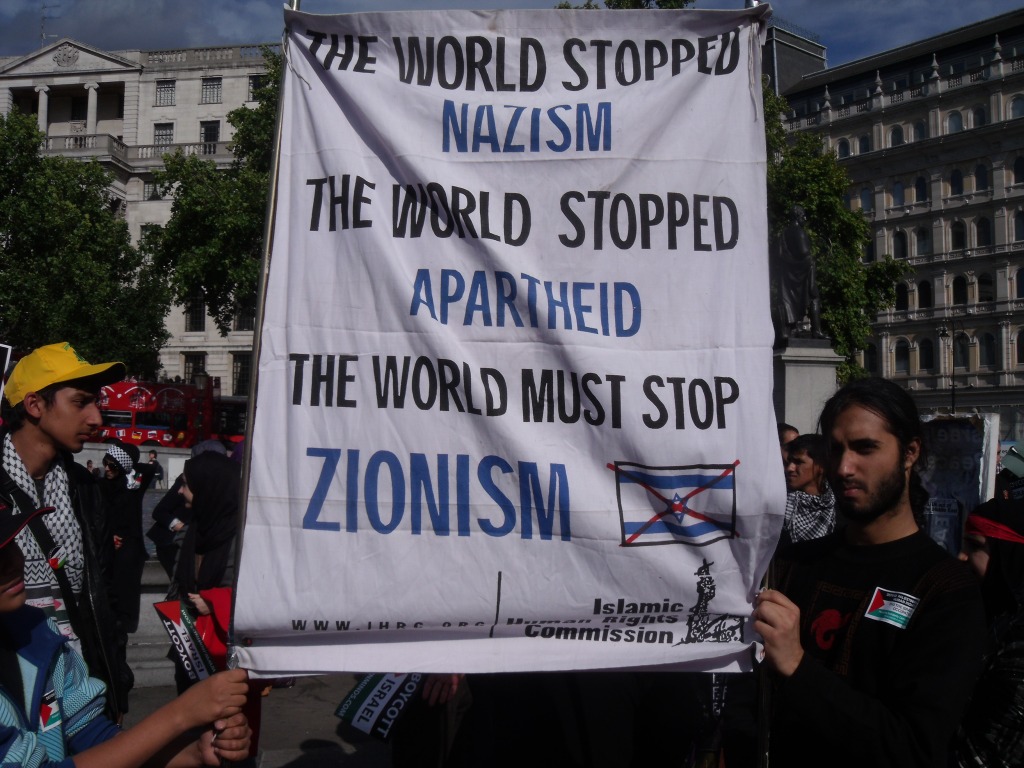 Like Loading...
Tags from the story
Anti-Zionism, Antisemitism, Delegitimization, Guardian, Lauren Booth, Quds Day, Trafalgar Square, Uncategorized
Written By
Adam Levick
More from Adam Levick
When facts are ignored in favour of a fictitious narrative in which...
Read More