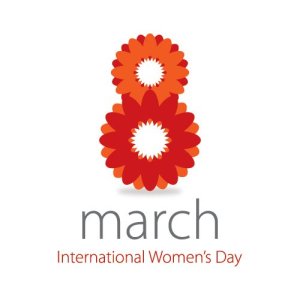 On March 8, the Guardian published “International Women’s Day highlights hurdles obstructing women“, (co-authored by 12 Guardian correspondents, including Harriet Sherwood), on the subjugation of women around the world.

The report didn’t mention female genital mutilation, which is practiced in 28 countries in Africa and parts of the Middle East, which between 100 and 140 million girls and women are estimated to have undergone.

There was similarly no mention of honor killings –  5000 women a year who are murdered (mostly in the Middle East and SW Asia) by their family for dressing in an unacceptable manner, wanting to prevent an arranged marriage, engaging in sex outside marriage, or being in a same sex relationship.

While many of the contributors to the report on the oppression of women across the world dealt with economic inequalities and abortion rights in the West, there wasn’t much to suggest the endemic culture of misogyny and gender apartheid throughout the Middle East.

Harriet Sherwood not only ignored such egregious systemic oppression of women in the Palestinian territories, but devoted 118 words  in a 750 word essay about Israel’s detention of a female Palestinian Islamic Jihad terrorist named Hana Shalabi.

Here are the passages:

Palestinian human rights groups and activists drew attention to the three-week hunger strike of Hana Shalabi who has been held in an Israeli prison without charge since being arrested on 16 February.

Shalabi, 29, claims she was forcibly strip-searched and assaulted by a male Israeli soldier, beaten and blindfolded. Her six-month sentence of “administrative detention” has since been reduced to four months, but she says she will refuse food until freed.

Shalabi, who was released from an earlier period of administrative detention last October, is one of seven Palestinian women currently held in Israeli jails.

Israeli troops fired teargas at a woman’s protest march over her detention in the West Bank. About 500 women also marched in Gaza.

So, Sherwood not only evidently takes the PIJ terrorist’s claims of being beaten by Israeli authorities at face value, but, more broadly, sees the detention of a women who’s a member of a terrorist group (which aspires to create a strict Islamist state “from the river to the sea”, and which has sent women on suicide bombing missions) as an embodiment of womens’ search for equality.

Meanwhile, across the green line, and well beyond Sherwood’s moral sympathy, the Palestinian Authority, using a clause in the Jordanian penal code still in effect in the West Bank, exempts men from being punished for killing a female relative if she has brought dishonor to the family.

The code (which has been repealed by Jordan, but is still in effect in Gaza and the PA controlled West Bank), reads:

“He who surprises his wife, or one of his [female] Mahrams [mother, daughters or sisters] committing adultery with somebody [in flagrante delicto], and kills, wounds, or injures one or both of them, shall be exempt from liability.”

Here’s a photo you’ll never see on the pages of the Guardian – Ayah Barad’iyya, a 21-year-old English major at Hebron University, victim of a Palestinian honor killing (by her Uncle) in 2010. 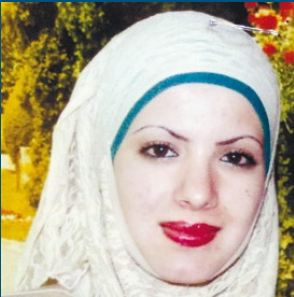 No, I know Harriet, such Palestinian on Palestinian violence is not part of the desired narrative.