In the eight stories (and one commentary) the Guardian published about last week’s terrorist violence from Gaza, all but one accompanying photo depicted Palestinian suffering, despite the fact that the overwhelming majority of those killed in Gaza were Islamic Jihad or Popular Resistance Committee terrorists (and all of those targeted by Gaza terrorists were Israeli civilians).

So, here are some photos depicting the real life consequences (of terrorist violence which began on March 9) on Israeli communities within range of Gaza rocket attacks – images of towns under siege not seen at the Guardian.

Gaza terrorist assaults on communities injured over a dozen Israeli civilians, forced hundreds of thousands into bomb shelters, and closed schools for up to a week. 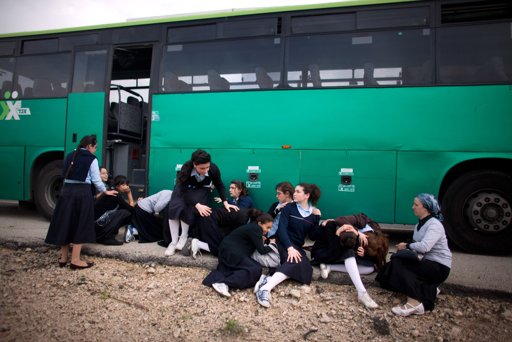 Also, here’s a short compilation of rocket attacks on Israeli communities, filmed by civilians during the first few days of hostilities.