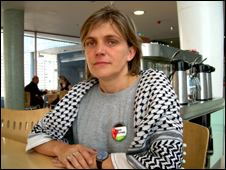 Global March to Jerusalem, scheduled for this Friday, March 30, is an anti-Israel publicity stunt that aims to have a million people marching on Israel’s borders from surrounding countries – Lebanon, Syria, Jordan and Egypt – with the aim of reaching Jerusalem. Concurrently, demonstrations are planned against Israel’s diplomatic missions in major cities throughout the world.

The organizers of GMJ are made up of members of Hamas, the Muslim Brotherhood, far-left extremist groups and are backed by the Iranian government. Senior organizers include:

Official statements of the organizers of GMJ attempt to portray the movement as a peaceful protest aimed at highlighting the so-called “Judaization of Jerusalem”.

In practice, the right of return is subterfuge for the destruction of Israel as the nation-state of the Jewish people. Coupled with that, employment of the term “Judaization of Jerusalem” is hateful rhetoric designed to negate thousands of years of Jewish history and incite the Muslim world.

Combined with the terror groups behind GMJ and the rallying cry of “saving Al Aqsa (Jerusalem) from the Jews”, it seems likely that sufficient numbers the organizers will seek violent confrontation with Israeli forces with the aim of sparking another Intifada.

The Guardian, undeterred by such quotidian concerns as the possibly deadly results of such a terrorist provocation on Israel’s borders, provided a platform to Palestinian Solidarity Campaign’s Sarah Colborne, “Jerusalem is at the heart of the Palestinian struggle“, CiF, March 27.

“Jerusalem is a city that embodies the cultural heritage of three religions: Islam, Christianity, and Judaism. Yet Palestinians – both Christian and Muslim – are being driven out of Jerusalem….Just one example of this ethnic cleansing”

Since 1967, when Israel united Jerusalem, (based on the Israel Central bureau of Statistics) there were:

Obviously, there is nothing resembling ethnic cleansing in Jerusalem.

“Jerusalem, the traditional centre of Palestinian social, religious and economic life , is increasingly being isolated and restricted by Israeli policies.”

Such a moral inversion, suggesting that religious life in Jerusalem for Palestinians is increasingly restricted, represents the nadir of anti-Zionist propaganda.  Jerusalem, since 1967 – in stark contrast to Jordanian control of the city from 1949 to 1967, when Jews were forbidden from visiting Judaism’s most holy sites – has never been more free for citizens of all faiths to worship.

Muslim rights on the Temple Mount, the site of the Dome of the Rock and the Al-Aksa Mosque, have not been infringed, and the holy places are actually under the supervision of  the Muslim Waqf. Although it is Judaism’s holiest site, Israel has left the Temple Mount itself under the control of Muslim religious authorities.

“The Global March to Jerusalem is bringing together an impressive coalition of Palestinian voices and organisations, with supporters from dozens of countries around the world travelling to Jerusalem, and to the border countries, to participate in the peaceful actions.”

“The struggle for Palestinian rights is at the core of the global movement for social and economic justice.”

As our research has demonstrated (which can be seen at our site, Exposing the truth about the Global March to Jerusalem), this coalition is led by  members of proscribed Islamist terror organizations with backing from the Iranian regime.

Here are the real goals of GMJ, contrary to Colborne’s supremely dishonest polemic at ‘Comment is Free’.

“Imagine a situation where we have more than a million people streaming in from four borders & Israel fails to stop the human tide…next time we will have 5 million who will be marching…This is exactly the nightmare situation for Israel…Thus will undermine the Israeli state, like no other strategy & then it will all begin to unravel & the Zionist edifice which is unraveling as we speak, will soon fall.

“..the Arab Revolution presents new possibilities & the epic 94-year-old struggle of the Palestinian people, a proud & ancient nation, which has inspired the world for generations, will finally see a new awakening & with it, a new hope, a new Intifada, the Third Intifada!!” 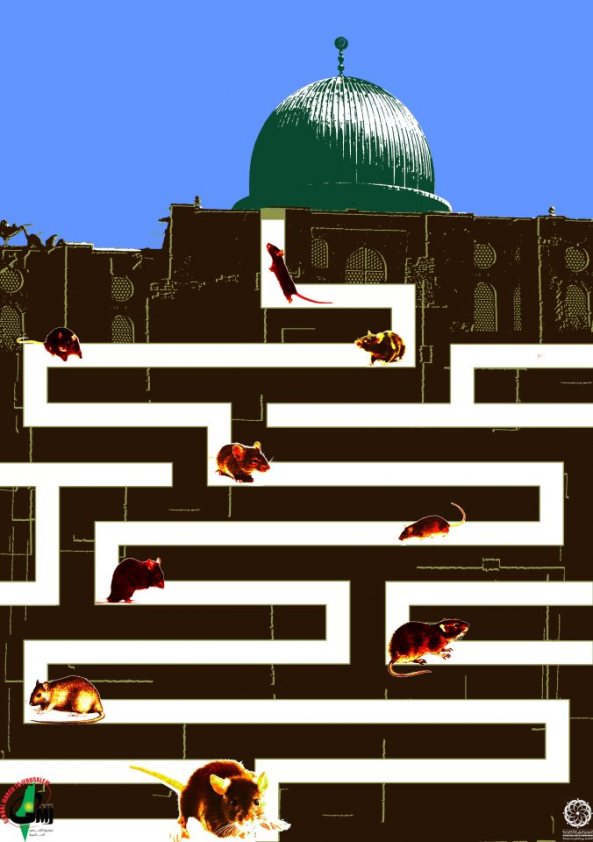 Finally, equally as absurd as characterizing the GMJ as an endeavor consistent with peace, liberalism and human rights is the suggestion that Colborne embodies anything resembling such progressive values.

Her organization, PSC, has demonstrated, at best, a tepid approach to Holocaust denial and racism among its members.  And, Colborne has shared a platform with the homophobic and racist leader of the Northern Islamic Movement Raed Salah, and leapt to his defence when he was apprehended by the British authorities.

Colborne and Salah also sailed together on the ‘Mavi Marmara’ in 2010 as part of the ‘Freedom flotilla’, during which Islamist incitement to violence was documented in , in which Salah can be seen in the first row, wearing a white skull-cap.

The Guardian’s decision to provide a platform to the organizer of a violent provocation – an organized act of incitement – led by terrorists with the explicit aim of destroying Israel represents a further erosion of the media group’s increasingly absurd veneer of liberalism.

The Islamists, terrorists, and their apologists who have planned and are behind the March to Jerusalem can only be described politically (based on their broader ideological orientation) as representing the antisemitic extreme right.

As such, Guardian Left politics is increasingly defined by this tendency to allow nearly anyone willing to mouth platitudes about “Palestinian rights” moral impunity for their reactionary, malign, racist agendas.