There’s a fence just beyond the white building on the upper left of the photo, where the border between Lebanon and Israel stands.

So far, there’s been no GMJ related provocations, though the IDF thinks there’s a good chance it may sometime during the day.

I just met a man in Metula, in northern Israel along the Lebanese border, whose home overlooks the field shown in the photo – who not only let me recharge my laptop battery by his garage, but invited me in his home to chat.

George is a Christian Lebanese-Israeli. That is, he is Lebanese but fled S. Lebanon with his family not too long after Israel withdrew in 2000. Their decision to leave was based entirely on the fear of Hezbollah and what he thought would be the corresponding intolerance towards Christians as the result of the ascendant Shiite Islamist movement.

George told me, when asked, over a cup of intense Lebanese coffee, that he would never consider returning to his country of birth, even if his safety could be assured.

Israel is now his home.

Just one little anecdote perhaps, but a tale which speaks volumes about the small physical fissures, and quite large moral ones, separating the Jewish state from its neighbors. 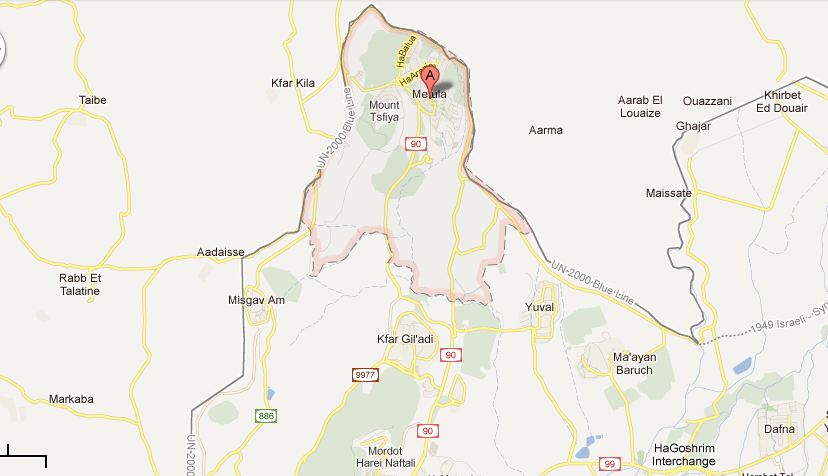