Beit Ummar (also Bayt Ummar or Beit Omar) is a town situated on Route 60, some 11 kilometres north-west of Hebron, which falls in Area B (civilian control by the PA, security control by Israel) under the terms of the Oslo Accords.

One of the residents of Beit Ummar is Rebekah (Bekah) Wolf, who arrived in the Middle East in 2003 as a volunteer with the International Solidarity Movement, later getting herself deported in 2005. In 2006 she co-founded the Palestine Solidarity Project (based in Beit Ummar) together with Mousa Abu Maria, whom she later married.

Wolf is active on the lecture circuit, particularly in the US, where she can frequently be found speaking about such subjects as “Living under Apartheid” , “Realities of Occupation” or the “dangers of normalisation” at ‘Apartheid Week‘ and other events. In April 2012 she addressed a CMPR ‘Palestinian Prisoners Day’ event via Skype. 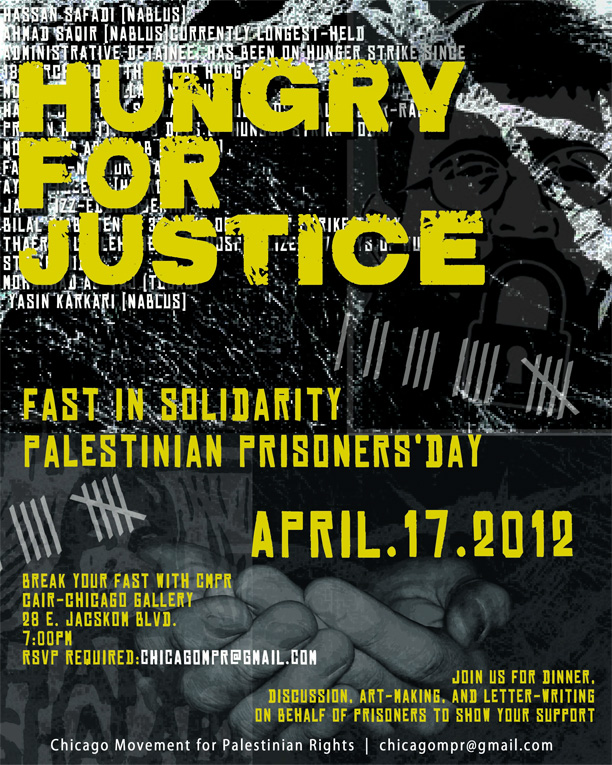 Predictably, Wolfe is a supporter and promoter of BDS.

“My name is Rebekah Wolf Gomez. I became an Israeli citizen in 2007 as the only way to ensure I would be able to stay with my husband, a Palestinian from the West Bank, and not fear deportation from the Israeli government, which they did do to me in 2005.

I unequivocally, unabashedly, and with total pride call on everyone across the world to Boycott Israel, in particular, everything called for boycott by PACBI. I fully support the Palestinian call for Boycott, Divestment and Sanctions and in all of my public speaking outside of Israel I call for support for BDS and will continue to do so.
I am making this statement because the Israeli government recently made it illegal to do so. There is much discussion about whether or not people should sign statements against it with their own names. People are referring to the “decline” in Israeli democracy. Many want to know the risk involved.

My husband, the people of his village, and indeed in all of Palestine, have not had the luxury of deciding how “risky” an act of defiance against Israeli occupation and apartheid will be. So long as Palestinians risk imprisonment, injury, and death for the sake of freedom, I won’t cower in the face of much less risk. I think every other Israeli citizen should do the same. Worry about having your bank accounts frozen is no excuse at all.

Israel: come and get me. Tariq Al Ayn, Beit Ommar. The military’s knows (sic) the way. “

Wolf also spoke at the 2011 ‘Popular Resistance Conference‘ in Nil’in on behalf of the Palestine Solidarity Movement (PSM – the ISM’s moniker in the US) and alongside a representative of the Popular Resistance Committees (PRC) in Gaza who addressed the conference by phone.

As well as co-founder of the Palestine Solidarity Project, Wolfe’s husband, Mousa Abu Maria, is a member of the Popular Committee  Against the Wall in Beit Ummar. Abu Maria spent several years in prison in Israel due to his membership of the Palestinian Islamic Jihad, as well as stone and Molotov cocktail-throwing, and was released in 2003 as part of a prisoner exchange. According to his sympathisers and his lawyer, Gabi Lasky, since Abu Maria left prison he is no longer involved with the Islamic Jihad and has become a ‘peace activist’.

In 2008 Abu Maria was placed in administrative detention, once again due to suspected connections to the PIJ. His subsequent appeal to the High Court of Justice was rejected, with Lasky making the following comment at the time:

“She pointed out that Abu Maria had indeed been convicted in the past of membership of the [Islamic] Jihad, but that since his release from prison in 2003 he devotes his time to non-violent resistance. “Mousa is a peace activist known to lots of Israeli activists” she said “The close connection he keeps with Israelis is opposed to the principles of the Islamic Jihad”. “

The Palestine Solidarity Project does indeed collaborate with Israeli activists – mostly those connected to anarchist movements such as ‘Anarchists against the Wall‘ – as well as with the Beit Ummar Popular Committee and the ISM. The PSP is involved in the organization of weekly demonstrations in Beit Ummar, sometimes marking events such as ‘Nakba Day’, sometimes against the anti-terrorist fence and sometimes against the neighbouring town of Karmei Tsur which lies beyond the anti-terror fence, in Area C.

In 2007 a case was brought by the Municipality of Beit Ummar and others to the High Court of Justice after the military authorities had initiated the construction of a security fence around Karmei Tsur due to terror attacks on the town. The petitioners objected to the fact that the fence was built on village farmlands, despite the owners having been granted both compensation and access to the said land. The High Court rejected their petition, ruling unanimously that any inconvenience to farmers in Beit Ummar did not over-rule the right of the residents of Karmei Tsur to protection against life-endangering attacks.

Despite the High Court’s decision, sabotage actions against the fence by anarchists and ‘internationals’ are not infrequent and demonstrations continue. One such event took place on May 12th 2012, with participants marching towards Karmei Tsur. That demonstration was joined by Khader Adnan of the Islamic Jihad, with whom Mousa Abu Maria once shared a cell in Ashkelon prison. Note the black PIJ flag amongst those carried by the demonstrators.

Despite its supposed commitment to non-violence, the Palestine Solidarity Project also fundraises for juvenile prisoners from Beit Ummar, many of whom are arrested for stone-throwing at Israeli vehicles travelling along Route 60. According to army sources, the portion of the road passing through Beit Ummar is the site of one-third of all the stone-throwing attacks in Judea & Samaria and hence the most dangerous in the whole area.

According to a 2008 article from the ‘Kibush’ magazine, Mousa Abu Maria is a full-time employee of the Palestine Solidarity Project, working as its project co-ordinator.  If you are wondering about the PSP’s financial arrangements, the same article claims that most the money needed to run it comes from America.

Indeed, in this 2008 fund-raising appeal by Bekah Wolf, we learn that the PSP was set up with a donation from the AJ Muste Memorial Institute in New York (a 501(c)(3)) which also sponsors and collects funds on behalf of the International Solidarity Movement.

Of course organisations such as the Palestine Solidarity Project do not raise funds by doing nothing. Their organization of weekly demonstrations which often result in clashes with security forces, the ensuing constant production of written and filmed ‘news’ from ‘on the ground’ and their $695 a throw “embedded” tours for foreign nationals seeking a bit of radical chic (promoted by a company headed by Fred Schlomka of ICHAD) are – literally – their bread and butter.

So perhaps before issuing any further communications on the subject of his government’s ‘dissatisfaction’ with the transparency of the investigation into Rachel Corrie’s death, the US Ambassador in Israel might take a moment to ponder the blind eye turned by that same government to fundraising for and on behalf of organisations such as the ISM and PSP – which support and collaborate with terrorist groups it proscribes – by charitable tax-exempt bodies in the United States.

Perhaps he might then reach the conclusion that were such American organisations held properly to account, not only would fewer young foreigners like Rachel Corrie be co-opted as pawns for the agendas of cults such as the ISM which actively seek confrontation, but that in addition, the level of chronic violence in the region might well be reduced.