A guest post by Stephen Hoffman, Campaigns Intern at the UK Zionist Federation 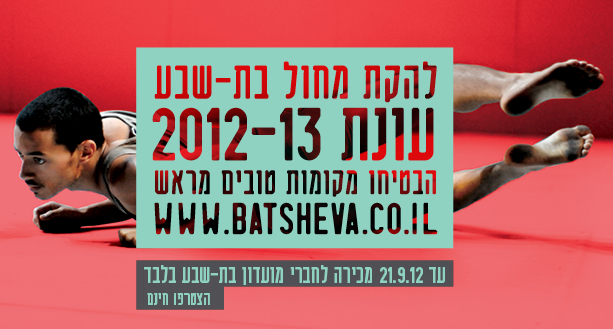 Once again, just over a week ago, the anti-Israel movement excelled itself in its disrespect for international culture and dialogue, whilst promoting a vision of hate. Rather then let the many concert goers watch the internationally acclaimed Israeli Batsheva Company perform, anti-Israel boycotters tried to ruin the enjoyment of everyone by protesting at the event.

It is absolutely shameful that on three separate nights pro-Palestinian demonstrators brought a halt to the performance of Batsheva Dance Troupe. They were in effect sticking two fingers up at those who had paid their money to see a world-class dance performance and putting their own discriminatory views above the enjoyment of others. Truly, the protests were awe-inspiringly selfish. Quite how it is in the interest of the Palestinian cause to act in a discriminatory way and undermine artistic expression I do not know. It was with immense courage that despite all these interruptions, Batsheva produced a world-class dance display which received much applause from the audience who were lucky enough to see it.

Batsheva’s crime is that they just happen to be Israeli. This is why the protestors who were there on behalf of the organisation ‘Don’t Dance with Israeli Apartheid’ Campaign shouted “Your tickets are covered in Palestinian blood”. This paints an incredibly inaccurate picture, where just being Israeli means that you would like to harm Palestinians. It also belittles the suffering of those who know the true horrors of apartheid and that for all its faults Israel is in no way, shape or form an Apartheid state.

This pernicious campaign group, alongside other anti-Israel groups, illustrates Israelis – and everything to do with them – as evil monsters. If the boot was on the other foot and Pro Israel protesters painted the Palestinians as the spawn of the devil, there would quite rightly be an outrage.

The idea that Israeli people are just like people over the world – and in the case of the Batsheva Dance Company extremely talented – does not seem to compute in the protestors narrow mindsets. Thus they single out Israel disproportionately and use anything related to Israel to spread their message of hate.

It is time all sane people, who believe that all nations and individuals should be treated with respect make their voices heard. This can be done by writing articles, contacting your local newspapers or working with Organisations such as The Zionist Federation, to show that people will stand up to the message of intolerance. Otherwise those engaging with cultural vandalism and undermining freedom of expression will win the day. This is something we simply cannot allow to happen.

Those involved in boycotts and protests that unfairly demonize Israel work against the interests of freedom of expression, peace and prosperity which they claim to cherish. Thanks to the Zionist Federation’s brave leafleting counter protest this was highlighted to the wider British public. However, now is not a time to rest on our laurels and we must redouble our efforts in the face of a determined and unreasonable opponent. If we do not, we allow them to win the narrative and therefore the argument.

This would be a travesty as we have the truth on our side and we should not be afraid to use it.