I received this picture from a friend: 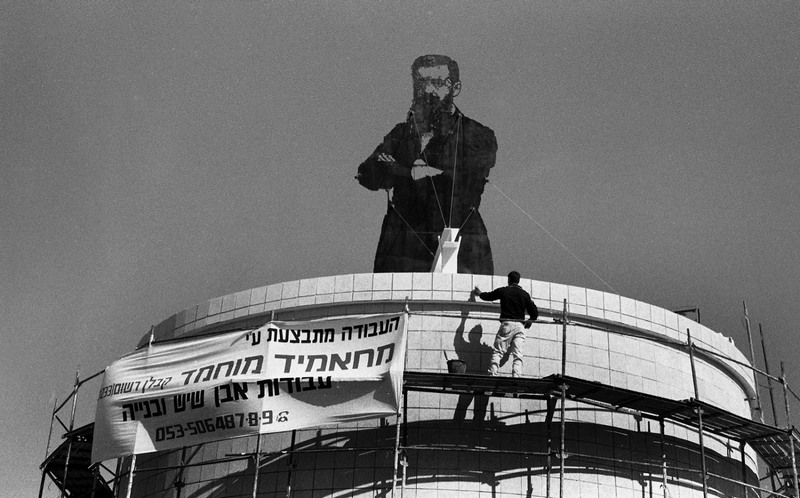 The bearded man on the huge picture – on a well-known landmark at the entry to Herzliya near the Tel-Aviv-Haifa highway – is the founder of modern Zionism, Theodor Herzl.

Interesting, isn’t it? An Arab contractor proudly displays a sign promoting his business as he repairs a landmark featuring Herzl.

A recent poll found that 52.8% of Israeli Arabs are proud to be Israelis while only 28.3% of respondents said they were “not at all proud” to be Israelis.

The original Zionist dream was of a country where Jews and Arabs would live together in peace.

As Herzl said: If you wish it, it is no dream