We just posted about the curious use of the following photo to illustrate a story by Chris McGreal on Nov. 7, titled ‘ Obama’s in-tray – Israel/Palestine. 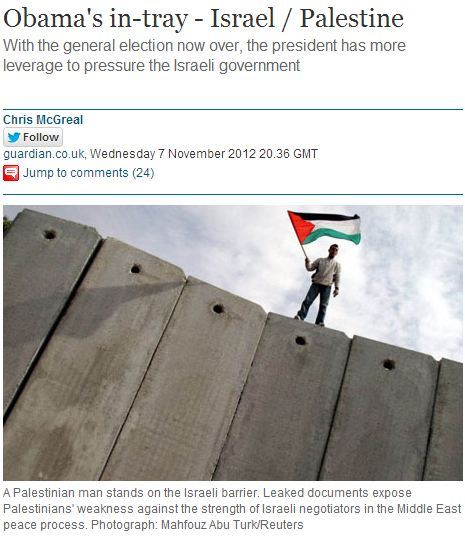 While our post pertained to McGreal’s false claim that Israeli PM Netanyahu refused President Obama’s request to institute a 10 month settlement building freeze, the photo looked familiar so I spent some time after our post was published trying to trace it’s origins.

It was used six days ago, Nov. 2, in a ‘Comment is Free’ piece, advocating a bi-national solution, by David Wearing. 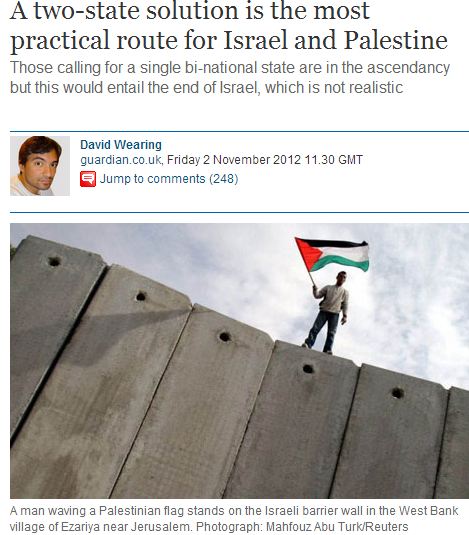 It was also used to illustrate a 2007 Guardian report by Conal Urquhart. 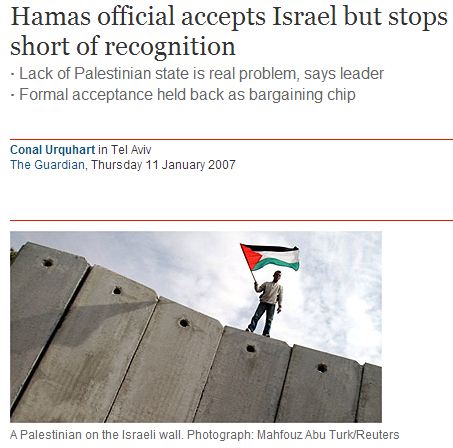 However, then I came across what appears to be a photo of the same Palestinian pictured above evidently climbing the very wall he’s then seen, in other photos, standing on. The photo which dates back to Nov. 15, 2005 is posted at a site called ‘American Intifada‘. 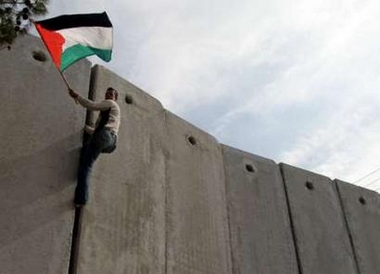 He certainly seems to be the same man seen in the photos above.

Sure enough, a final search finds a direct hit for that date, Nov. 15, of the man once he somehow climbed up to the top of the security fence.

The photo will turn 7 years old on Nov. 15, and there seems to be little doubt that we’ll see this iconic symbol of Palestinian ‘resistance’ for years to come.