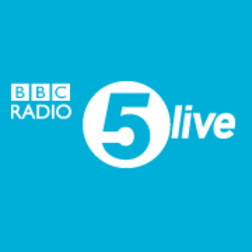 “We’re all aware of the arguments that a lot of rockets have been fired at Israel and that the retaliation was both necessary and just, but from the outside it just looks like part of this never-ending cycle of violence. It won’t stop anything, this, will it?”

“Yeah – but it’s not just this man [Jabari] who’s been killed. There’s a lot of innocent people getting killed at the same time.”

“Yeah – but nevertheless, if you count it up – the casualties – it’s those inside Gaza who are suffering rather than those inside Israel.”

One member of the license-fee paying public decided to complain to the BBC about that programme and also had the presence of mind to save a screenshot of his complaint.

After having received the following reply to his complaint, that member of the public contacted BBC Watch and gave us permission to reproduce it here. [emphasis added]

Thank you for contacting us regarding BBC News’ coverage of the recent escalation of violence in the Israeli/Palestinian conflict.

We understand you feel our coverage has shown bias in favour of Israel’s actions in Gaza. We have received a wide range of feedback about our coverage of this upsurge in violence. Bearing in mind the pressure on resources, the response below strives to address the majority of concerns raised but we apologise in advance if not all of the specific points you have mentioned have been answered in the manner you prefer.

BBC News strives to report in an impartial, accurate and fair manner and we believe this has been the case with our coverage of the recent violence in Gaza and Israel.

Since Israel launched ‘Operation Pillar of Defense’ on November 14 2012, our correspondents on the ground in Gaza – Jon Donnison, Wyre Davies and Chief of the BBC News Jerusalem Bureau Paul Danahar, have detailed the level of destruction caused by Israeli strikes from air and sea on the area. Our main news bulletins on BBC One and Radio 4 have focused on the loss of life in Gaza. For example, the first story during the BBC One bulletin at 2200 on 18 November read as follows:

“International pressure for a ceasefire between Israel and Hamas is mounting after the deadliest day of violence in the region so far. Reports say 26 people were killed in Gaza by Israeli airstrikes – and more rockets were fired from Gaza into Israel – including two shot down over Tel Aviv by Israel’s “iron dome” defence system.”

Reports from Gaza have also explained the level of Palestinian civilian casualties, in particular the deaths of women and children. Jon Donnison’s report during the News at Ten on 14 November explained that:

“For the people of Gaza tonight it looked like war. And as in most wars, civilians, caught up in the violence.”

He went on to add:

“Gaza’s hospitals are expected to face a busy night, with more casualties this evening, among them children and at least one baby.”

We have seen reports which looked at Israel’s tactic of deploying strikes in a heavily overpopulated urban setting, Wyre Davies’ report for the News at Six on 19 November said:

“This was a clear message from Israel that anything or anyone associated with the militants is a legitimate target. Israel has, though, struggled to explain this huge bombing yesterday. Military sources told an Israeli newspaper the house was hit by mistake. Israel now says the bombing was deliberate, but their target, a senior Hamas commander, may not have been there, but at least ten people, including four children, were there and were killed. Israel justifies these attacks in urban areas because it says the militants hide among civilian populations, and the problem with such a policy is that civilians are always at risk.”

Our main news bulletins have also heard live accounts from presenters Lyse Doucet, with further analysis from Middle East Editor Jeremy Bowen. Such analysis has looked at the wider political context of the conflict, including the impending election in Israel, the relationship with a new Egypt and the effects of Israel’s blockade on Gaza. We have continued to follow diplomatic efforts to reach a truce, featuring live press conferences on the BBC News Channel from interlocutors such as the Muslim Brotherhood leaders in Egypt and the Arab League.

We have also heard from a wide range of Palestinian and Arab commentators on the BBC News Channel and during flagship programmes such as radio 4’s ‘Today’ programme. This has included Jihad Haddad, adviser to President Morsi, Abdel al-Bari Atwan, the editor in chief of Al-Quds Al Arabi, Adel Darwish -commentator on Middle East affairs and Dr Omar Ashour from the Institute of Arab and Islamic Studies, Exeter University

In hearing from these voices and from our own correspondents, we believe we have explored the political, military and humanitarian aspects of this recent conflict. We will continue to strive to report on the story in an impartial manner.

We’d also like to assure you we’ve registered your complaint on our audience log.  This is an internal report of audience feedback which we compile daily and is available for viewing by all our staff.  This includes all news editors and reporters, along with our senior management.  It ensures that your points, along with all other comments we receive, are considered across the BBC.

Thanks again for taking the time to contact us.

Beyond the fact that absolutely no attempt was made to address the substance of the complaint and the obviously bizarre ‘Through the Looking Glass’-style inversion of a complaint about Peter Allen’s expression of anti-Israel bias into a complaint about pro-Israel bias (with some interesting responses),  this section of the reply is notable:

One cannot but wonder how many other complaints are being registered by the BBC as the exact opposite of what they actually are and how that influences the reliability of the BBC’s complaints statistics and the resulting appraisals of its own performance.

Yet again we see the problematic nature of self-monitoring by the BBC and an overly complicated and obviously inefficient complaints process – which apparently even BBC staff have trouble navigating.