As we all know, nothing disappears from the internet – for better or for worse. That fact raises questions about the responsibility of the

BBC to ensure that archive material accessible via its website meets the same standards of accuracy as are demanded of contemporary reporting.

“Unless content is specifically made available only for a limited time period, there is a presumption that material published online will become part of a permanently accessible archive and will not normally be removed.

For news stories, the archive is intended to act as a permanent public record.”

But what happens when that “permanent public record” is inaccurate or misleading? Should the BBC be obliged to clearly label it as such or even to remove the webpage?

One example of such BBC material still available on the internet are its many reports on the ‘Jenin Massacre‘ that never was.

This article from April 6th 2002, for example, (also available at another URL) states that:

“Residents at the Jenin refugee camp said they feared a “massacre” was taking place, and one Palestinian fighter said he had counted 30 dead bodies.”

“Palestinians said there had been intense bombardment through the night by Israeli tanks and helicopters.

“Palestinians have called on the United Nations to investigate what they claim is an Israeli massacre of Palestinians.”

“Palestinians say there were extra-judicial executions in the camp – an accusation strongly denied by the Israeli Defence Force (IDF).”

“According to Palestinian sources, the IDF buried the bodies of dozens of Palestinians killed in fighting in a mass grave and used bulldozers to cover them up – again a charge vehemently denied by the Israeli army.”

“He tells me that he saw people who had been tortured.”

“Palestinians have alleged that a massacre took place during the battle in the camp, and have said the army had begun burying the dead to conceal evidence. The allegations have brought international condemnation.”

“The allegations of a massacre in Jenin have sparked condemnation from around the world.

The United Nations on Monday passed a resolution accusing Israel of “gross violations” of international law.”

An article by Jeremy Cooke from April 16th 2002 states:

“Israelis put the figure at something like 50 – they base that on the accounts that their own soldiers have given of the fighting which went on for the past two weeks or so.

The Palestinians, though, are still insisting that some 400 people were killed.

From what I’ve seen it is impossible to verify or contradict either of those accounts.”

Under the title “Analysis: ‘War Crimes’ on the West Bank“, an article from April 17th 2002 states:

“Palestinians and Arab politicians are already accusing the Israeli army of war crimes in the Jenin refugee camp and elsewhere in the West Bank.

They are comparing what has happened in Israel’s current campaign to the massacres at the Sabra and Shatila refugee camps in Lebanon in 1982, in which at least 800 Palestinians died.”

“A British forensic expert who has gained access to the West Bank city of Jenin says evidence points to a massacre by Israeli forces.

Prof Derrick Pounder, who is part of an Amnesty International team granted access to Jenin, said he has seen bodies lying in the streets and received eyewitness accounts of civilian deaths.

The Dundee University expert said the Amnesty investigation has only just begun but Palestinian claims of a massacre were gaining foundation as the team continued its analysis.

He said: “The truth will come out, as it has come out in Bosnia and Kosovo, as it has in other places where we’ve had these kinds of allegations.

“I must say that the evidence before us at the moment doesn’t lead us to believe that the allegations are anything other than truthful and that therefore there are large numbers of civilian dead underneath these bulldozed and bombed ruins that we see.” “

Another article from the same date, entitled “Jenin camp ‘horrific beyond belief‘” states:

“Palestinians claim hundreds of bodies are buried beneath the rubble, but Israel says the numbers of dead are far fewer. An independent forensic expert says evidence suggests that a massacre has taken place.”

“Arab states are to call an emergency session of the United Nations General Assembly over claims that Israel massacred Palestinians at the Jenin refugee camp.”

All of these reports – and many more – remain accessible to anyone carrying out an internet search for ‘Jenin’. None of them have been amended to make it clear that it was established definitively that no ‘massacre’ took place in Jenin and that out of the 52 Palestinian dead, the vast majority were terrorists. Needless to say, no articles appear asking how so many ‘experts’ got it so wrong or examining why the media and many others were so willing to embrace the narrative of a ‘massacre’ without credible evidence.

As despicable as it was at the time that the BBC should be propagating unsubstantiated claims by Palestinian propagandists such as Saeb Erekat – claims designed specifically and deliberately to delegitimize Israel in the eyes of world opinion and to tie Israel’s hands in its attempts to curb the terror war launched by the Palestinian Authority against Israeli civilians – it is even more reprehensible that the BBC does nothing to correct or remove its inaccurate reports over a decade on. 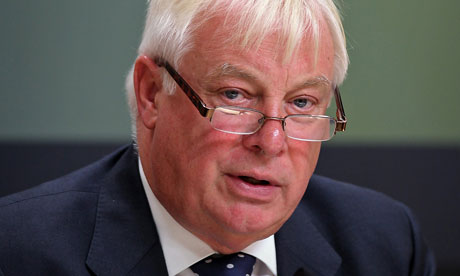 Of course the BBC was far from the only organization to unquestioningly embrace Palestinian propaganda with such alacrity, and that malaise was by no means limited to the field of the media. Another BBC article still available on the internet – from April 18th 2002 – is an account of a ‘Hardtalk‘ interview with the External Affairs Commissioner of the EU at the time (and now Chair of the BBC Trust) Chris Patten in which he ‘contextualised‘ suicide bombings against Israeli civilians under the title “Patten: Sharon’s policies caused ‘cult of death’ “.

Patten also gave an interview to the Guardian around the same time:

“The European Union’s external relations commissioner, Chris Patten, in an interview with the Guardian, said Israel must accept a UN investigation of alleged atrocities against Palestinians or face “colossal damage” to its reputation. […]

Mr Patten was even more direct, telling the Guardian: “It is in Israel’s interest to behave like a democracy that believes in the rule of law. There has to be movement, and movement fast, to enable the international community to deal with this calamity.”

He added: “If Israel simply refuses all the genuine calls for humanitarian assistance; if it resists any attempt by the international media to cover what is going on, then inevitably it is going to provide oxygen for all those who will be making more extreme demands.” […]

But he said: “Israelis can’t trample over the rule of law, over the Geneva conventions, over what are generally regarded as acceptable norms of behaviour without it doing colossal damage to their reputation.” He backed Mary Robinson, the UN human rights commissioner, who has been asked to lead a fact-finding mission to the Palestinian territories.”

To the best of this writer’s knowledge, Chris Patten has never apologized to the Israeli people for rushing to defame them purely on the basis of his readiness to swallow malicious Palestinian propaganda and a disturbing willingness to believe the unproven worst about them.

In his current role, however, he does have the opportunity to go some small way towards rectifying that by ensuring the correction or removal of reams of inaccurate material from his organisation’s website which – more than ten years after it has been disproved – constitutes a lethal narrative which continues to incite against Israelis.