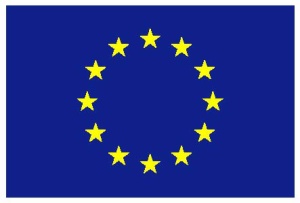 The four European members of the United Nations security council are drawing up a strong joint condemnation of recent Palestinian acts of terrorist incitement amid growing international censure.

The unusual statement, expected this week from the UK, France, Germany and Portugal, follows blunt criticism from the US of official PA radio broadcast of songs explicitly encouraging Palestinians to engage in deadly suicide bombings against Israelis.

Western leaders were especially incensed that such incitement was aired a mere two days after ‘Palestine’ was granted observer status at the UN.  The statement also condemned recent videos broadcast by Hamas, on Al-Aqsa TV, describing the killing of Jews as “a religious act in worship of Allah”.

US state department spokeswoman Victoria Nuland said: “We are deeply disappointed that the Palestinians insists on continuing this pattern of provocative action. These repeated government sanctioned calls for murder run counter to the cause of peace.  Many Palestinian leaders continually say that they support a path towards a two-state solution, yet these actions only put that goal further at risk.”

William Hague, the British foreign secretary, urged Palestinians not to approve such broadcasts, saying that if they continue “it would make a negotiated two-state solution very difficult to achieve”.  Government sanctioned calls to murder civilians are “illegal under international human rights law”, he added.

French officials also sharply condemned the Palestinian acts describing them as unacceptable behavior for those seeking to join the family of nations.

According to the US Ambassador to the UN, Susan Rice, all members of the 15-strong security council will add their weight to international condemnation following the council’s next Middle East meeting. The security council will condemn Palestinian calls to kills Jews as morally beyond the pale.

The official encouragement by the PA for Palestinian citizens to use suicide belts to bomb crowded Israeli bus stops and cafes follows a similar row in November over the official praise by PA leaders, including Mahmoud Abbas, for the suicide attacks, and other acts of terror, which were planned by slain Hamas military chief Ahmed Al-Ja’abari.

A major diplomatic crisis between the Palestinians and the EU erupted when the PA refused to condemn past statements by Jabari considered inflammatory and inimical to peace to most Western leaders, which included: “The Jew who comes to the soil of Palestine… is fighting us, and we will fight him and kill him”, “Sacrifice your souls for the sake of Allah, until the rats (i.e., Israelis) return to their holes”, and “Haifa, Jaffa, and Tel Aviv… all of Palestine will be liberated.”

State sponsored Palestinian incitement has been vigorously opposed by the EU for many years as it erodes hope for an eventual two-state solution by sending Israelis the message that Palestinians don’t actually want to live in peace with the Jewish state within any borders.

(This is a fictional report inspired by a real story published by Harriet Sherwood in the Guardian titled ‘UN security council’s EU members to condemn Israeli settlements expansion‘, Dec. 19.)

Like Loading...
Tags from the story
Satire, Uncategorized
Written By
Adam Levick
More from Adam Levick
If the Guardian or New York Times published a long essay about...
Read More