Among the already moderated comments on this article currently on display in the “In Pictures” section of the BBC News website, and also promoted on its Middle East page, is the following one.

This is not the first instance of offensive comments being allowed to stand on BBC comments boards, as we documented earlier this month and, as we wrote then, it is the BBC’s responsibility to ensure that its moderators adhere to its own house rules which prohibit racist comments. 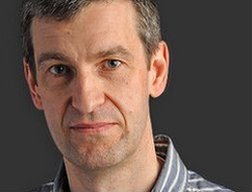 “The blog author or host does not usually moderate the content of the boards, although it is their job to keep the discussions relevant to the topic and within the BBC’s guidelines. They may close off-topic or other rule-breaking discussions, and sometimes make a decision on comments that have been referred to them by the moderators. They may also alert the moderators to rule-breaking comments that they see in the course of their work.”

In this particular case, that would appear to be the BBC’s Picture Editor Phil Coomes.

0 replies on “Antisemitic trope on BBC comments board – again”