Some of the issues reported by the BBC and discussed here over the past few days have also been the subject of some great writing from a variety of sources which deserves to be shared.

Tim Marshall of Sky News wrote a strong piece about the Israeli elections and the David Ward and Gerald Scarfe affairs. 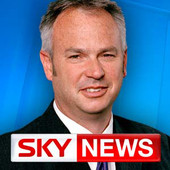 “Sections of the commentariat confidently predicted that the result of the Israeli elections would be the most right-wing government seen since the state’s modern inception in 1948. They were wrong.

Unperturbed by this dismal failure to understand the currents of Israeli society, Jew and Arab, the great but not so good, went on to woefully misunderstand the meaning of the Holocaust, and distort Holocaust imagery.

We were told the breakthrough party would be the right-wing Habayit Hayehudi led by Naftali Bennet. Wrong.

We were further informed that Israeli-Arabs, 20% of the population, were so disillusioned with politics they would boycott the election. Wrong.”

Daniel Finkelstein of The Times hit the ball out of the park with this piece entitled “Lessons from the Holocaust? Try these two” – unfortunately behind a paywall.

“By the time my grandmother boarded the train from Belsen she was close to death. For a year she had given every scrap of food she had to her little girls, to my mother and her two sisters. Now starvation meant that she could scarcely stand. But somehow she managed to hold herself upright and stumble on board.

She had to, for this train was the only chance of liberty. A prisoner exchange had been arranged and somehow, using false passports, my family was on it. But the Nazis were excluding anyone whose illness might disclose to the Allies the hunger and disease in the camps. My grandmother knew that, starved though she was, she would have to walk to freedom. If she did not, her girls would die, as so many, many more had died and were still to die.

On board she collapsed as the train made its winter way through frozen countryside to safety in Switzerland. And then, stranded in the middle of nowhere, the train stopped. A guard appeared. He waved his hands at my family and told them that there were too many people on the train. They would have to get off. They would be left to die in the snow.

My aunt, the eldest child, protested. My grandmother was too ill to be moved, she said. The Nazi guard looked. He shrugged. OK, he said. And he moved on.

My grandmother lived just long enough to see her little girls through their ordeal, to deliver them from the camps to safety. She crossed the border to Switzerland and before the day was done, she died.

Last week, in anticipation of Holocaust Memorial Day, David Ward, the Liberal Democrat MP for Bradford East, said that the Jews — my Mum, perhaps, her sisters — hadn’t learnt the lesson of the Holocaust. “It appears that the suffering by the Jews has not transformed their views on how others should be treated.” I’ll give my Mum a call when I have a moment and pass on his complaint.”

Last but not least, Norman Geras  – Professor Emeritus in Politics at the University of Manchester and author of the consistently

thought-provoking Normblog – has an essay in the Fathom Journal entitled “Alibi Antisemitism” which concludes:

“It is a moral scandal that some few decades after the unmeasurable catastrophe that overtook the Jewish people in Europe, these anti-Semitic themes and ruses are once again respectable; respectable not just down there with the thugs but pervasively also within polite society, and within the perimeters of a self-flattering liberal and left opinion. It is a bleak lesson to all but those unwilling to see. The message of ‘never again’ has already proved to have been too sanguine. Genocides still occur. We now know, as well, that should a new calamity ever befall the Jewish people, there will be, again, not only the direct architects and executants but also those who collaborate, who collude, who look away and find the words to go with doing so. Some of these, dismayingly, shamefully, will be of the left.

This is not a hopeful conclusion, but it is a necessary one. The best of hope in politics must always be allied to a truthful realism. We need to know what we are up against.”

Like Loading...
Tags from the story
Daniel Finkelstein, Israel, Norman Geras, Tim Marshall, Uncategorized
Written By
Hadar Sela
More from Hadar Sela
There is nothing novel about BBC misrepresentation of Israel’s naval blockade on...
Read More