Hebron who was shot by a Border Policewoman when he attacked one of her colleagues at a checkpoint in the city with what later turned out to be a replica firearm.

Later the same month, a Hamas rally held in Hebron was reported by the BBC in a very low-key tone which focused almost exclusively upon the prospect of Fatah-Hamas unity and ignored the more troubling aspects of the wave of Hamas popularity in Palestinian Authority-controlled areas.

On January 31st 2013, another story from Hebron – also involving Hamas – was completely ignored by the BBC when the IDF released information regarding the exposure of a terror cell in the city.

“The IDF and ISA have uncovered Hamas terror assets in Hebron. The joint activity, which took place in recent months, prevented attacks that the group had been planning.

The assets were part of a Hamas attempt to establish a local headquarters in Hebron and included approximately 20 terrorists affiliated with Hamas. The group was planning to kidnap an IDF soldier and use her or him as a bargaining chip for the release of Hamas prisoners. Most of the terrorists were already known to authorities.”

Here are some of the ten different types of weapons the cell had in its possession.

Among those arrested were:

“Nabil Taleb Mahmad Mahmmud Ouauda, 32, resident of Dura, previously jailed for involvement in terror activity and assisting suspects. Ouauda was the head of the terror cell.

Mahmud Mahmad Mahmud Abu-varda, 34, resident of Fawwar, was previously jailed for involvement in terror activity. He had been transferring weaponry to other operatives.

Tareq Aziz Issa Graib, 35, resident of Tarqumia, was a contact for operatives abroad.”

Significantly, the cell received support and financing from abroad – primarily through the former head of Hamas in the northern part 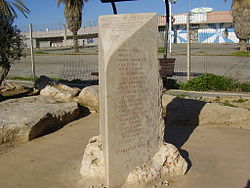 of the PA-controlled territories, Husam Badran, who was released under the terms of the Shalit deal and exiled to Qatar. Badran was responsible for, among others, the terror attack on the Dolphinarium in 2001 in which 21 young people were killed, the Park Hotel terror attack in 2002 which 30 people were killed and which was the catalyst for Operation Defensive Shield, the Sbarro Restaurant attack in 2001 in which 15 people, including 7 children, were killed and the terror attack on the Matza Restaurant in Haifa in which 16 Israelis – eight of them from three families – were killed.

Apparently though, the BBC does not consider the above – or any of the other recent similar incidents –  newsworthy, despite the fact that it keeps a reporter on the ground in the PA-controlled territories. It is this kind of selective reporting which earns the BBC a reputation for promoting a specific, one-sided narrative and damages its reputation for impartiality.