There seems to be no evidence whatsoever to back up accusations, in the Guardian and throughout the media, that new bus lines in Israel, serving Palestinians who live in the West Bank but work in central Israel, serve ‘Palestinians only’.

Prior to the launch of the new lines Israeli buses did not stop in towns controlled by the PA, and Palestinians were dependent on transportation services by “pirate” (Arab) companies. (Alternately they could travel to an Israeli settlement, such as Ariel, and take a bus from there to Israeli cities across the green line.) 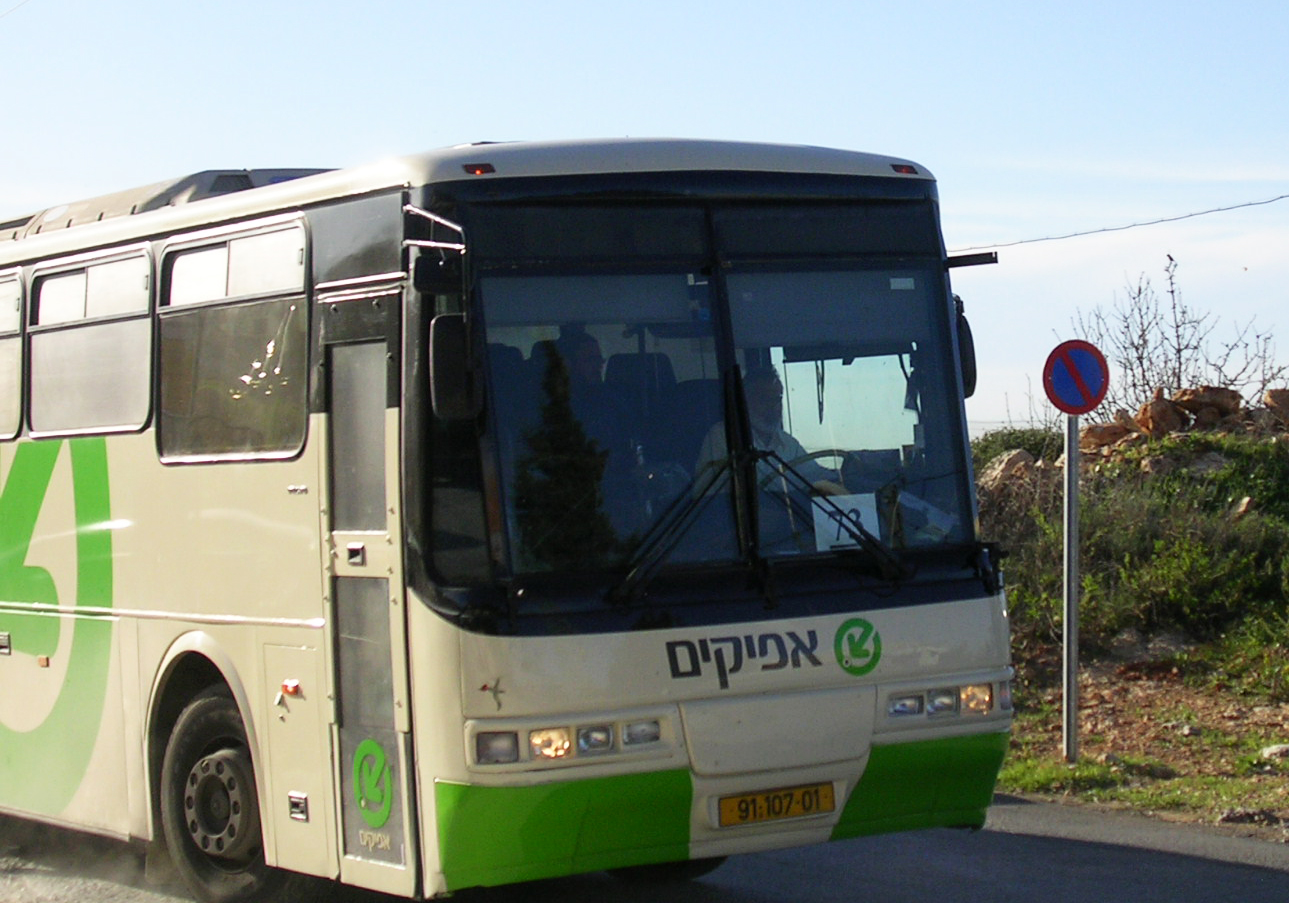 Conal Urquhart’s Guardian report on the issue, which, in fairness, is no worse than others in the mainstream media, was titled “Israel to launch ‘Palestinian only’ bus service“, March 4, and begins thusly:

The Israeli government will on Monday begin operating a “Palestinians-only” bus service to ferry Palestinian workers from the West Bank to Israel, encouraging them to use it instead of travelling with Israeli settlers on a similar route.

However, at no point does Urquhart attempt to buttress this sensational claim, nor indicate the source of the (“Palestinians only”) quote.

In fact, he then notes the following:

Officially anyone can use them, but the ministry of transport said that the new lines are meant to improve services for Palestinians.

In a statement to the Israeli newspaper, Yedioth Ahronoth, the ministry said: “The new lines are not separate lines for Palestinians but rather two designated lines meant to improve the services offered to Palestinian workers who enter Israel through Eyal Crossing.

As Lori Lowenthal Marcus pointed out, the ‘restrictions’ pertain to ‘only’ stopping at Palestinian towns in the territories, where Jews don’t live.

Information on the new services, which are operated by the company Afikim, have reportedly only been advertised in Arabic and distributed only in Palestinian areas of the West Bank.

However, if the goal of the new bus line is to improve service for Palestinians living in the West Bank but working in Israel, it would certainly make sense to advertise the lines in Palestinian towns, and only in Arabic.

Palestinians used to use Palestinian minibuses and taxis to travel into Israel but Israel has increased the number of permits it gives to Palestinians which has led to more mixing on shared routes.

Indeed, Palestinians were dependent upon transportation services by unauthorized Arab companies which charged far more than the new Israeli lines do, and Urquhart, further in his report, quotes the Transportation Ministry official making a similar point.

For example, the fare for Palestinians traveling to Raanana is reportedly 5.1 shekels (roughly $1.35), and to Tel Aviv will cost 10.6 shekels ($2.85). This is compared to roughly 40 shekels ($10.75) that passengers have been charged by the private transportation services.

Additionally, Transportation and Road Safety Minister Yisrael Katz was quoted in Israel HaYom as explaining that “Palestinians were permitted to use any public bus line they wished, including the ones used by settlers.”

The new bus lines are not, as the misleading headlines suggest, only for Arab Palestinians, the restriction they have is that they only stop at Arab towns in the territories, where – few would disagree – Jews with or without special identification would not dare go for fear – a legitimate one – of physical violence.  The fact remains that any Israeli citizens, Jewish, Christian or Zoroastrians, who live in the “Jewish” towns, were able to and did use the pre-existing bus lines.

As Seth Frantzman observed in the Jerusalem Post today:

The website of the bus company, Ofakim, shows that the No. 211 bus route begins near Kalkilya and travels to Tel Aviv with stops in Petah Tikvah, Bnei Brak and elsewhere. It doesn’t indicate that it is a “Palestinian only” bus or that Jews may not ride it. Ofakim claimed “We are not allowed to refuse service and we will not order anyone to get off the bus.”

Frantzman also argued that “nothing obvious prevents Arabs from commuting to a bus stop near a large Jewish community, to take a bus serving Ariel for instance.” He added that “there is no ‘segregation’, no ‘separate but equal’. No one is ‘sitting at the back’.”

Typically, the canards employed by those who assault Israel’s legitimacy are framed in the opposite manner, with suggestions that public accommodations in Israel are restricted to prevent non-Jews from using them.  A great example of such a false claim, advanced by Haaretz and definitively refuted by CAMERA, was the myth of “Jews only” roads in Israel.

While there are no ‘Jews only’ roads in Israel, there are areas within the state for ‘Palestinians only’.

First, it would obviously be extremely dangerous for an Israeli Jew to enter Palestinians cities in Area ‘A’. It’s also prohibited by the IDF.   When I went on a media tour of Ramallah in 2011 I was required to sign a document essentially stating that I understood the risk involved and that the Israeli government was not responsible for my safety.

Palestinian cities in the West Bank such as Ramallah are for ‘Palestinians only’.

Whilst the future of the new bus lines which are the focus of the latest anti-Israel media storm may be in doubt, let’s be clear about two things:

First, contrary to claims made in the media, there are no ‘Palestinian only’ bus lines.

If, completely hypothetically, there were such buses, it beggars the imagination how policies which excluded Jewish passengers could be characterized as racist against Palestinians.

The latest row demonstrates that when it comes to reporting on Israel, facts and moral logic are necessarily subservient to sensationalist anti-Zionist narratives.