The programme can be heard as a podcast here or watched on BBC iPlayer in the UK here.

Audiences actually never get to hear about AB Yehoshua’s latest novel and its subject matter (according to the author) of the relationship between West and East in Israel, because the interviewer repeatedly drags the conversation back to one issue – the peace process. Already in the introduction viewers get a hint of the interview’s tone as a whole when Franks refers to the failure of that process and “the journey Israeli Jews need now to take” – apparently without any such journey being necessary on the other side of the divide and ignoring the non-Jewish 20% of the Israeli population.
Regardless of one’s degree of agreement or disagreement with AB Yehoshua’s politics and opinions, this interview is particularly interesting because it provides a glimpse of what happens when cherished BBC accepted wisdoms regarding the Middle East meet the Israeli Left and the extent of the BBC’s lack of ability to understand that the Left in Israel does not necessarily fit into preconceived compartments which apply to other countries.
At 07:03 in the video above, Franks declares:

“But the truth is it is the Right that is in power and it is gaining in power – not just politically – when you think about the institutions in Israel; the army, the judiciary. Why is the Left failing in Israel?”

Franks provides no evidence for his assertion, and seems rather nonplussed when Yehoshua replies by pointing out to him that even most of the Right in Israel recognizes the need for a two state solution. To that, Franks responds: 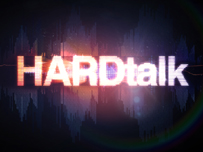 “Yes, but what progress is there being made towards the two state solution?”

At 09:54 Franks promotes an old canard which still crops up fairly regularly in BBC articles:

“One of the ..erm..views that you have though, that seems to be directly in the mainstream [of Israeli thought] and also – to be honest – a bit of a myth, is that when Israel withdrew its settlers back in 2005, it left Gaza a sort of pristine proto-Singapore: a sort of place that could become a territory of boundless possibilities..err…for the Palestinians who were left behind, when actually it was still a miserable and occupied place.”

ABY: “It was not an occupied place.”

TF: (interrupts) “That..that..that border was sealed by Egypt and it was ..and on all other sides Israel retained control, so there was no freedom of movement.”

ABY: “Because these are enemies. They are throwing Kassams.”

TF: “Well no, you can argue the reason for it but I’m just saying it’s just a bit of a myth to say that it was no longer occupied.”

ABY: “This is an enemy and when there are..after the withdrawal…we have withdraw (sic)  from Gaza without any conditions.”

TF: (interrupts) “Well I’m sorry but that’s simply not true. Take the UN report from just a few months ago: ‘the blockade imposed by Israel intensified’ – this was following the Hamas takeover – ‘intensified the closure applied since the early 1990s. It is a denial of basic human rights in contravention of international law and amounts to collective punishment’. That’s the UN saying you have not withdrawn.”

ABY: “Yes, now I have to say. In Gaza there was first of all settlement. There were eight thousand Jews living there in the heart of Gaza. This was a very, very – I would say – bad thing that we have done. One of the most vicious things that we have done to put there.. to take part of Gaza and put there settlements for eight thousand vis-a-vis one million and a half refugees. The people in Gaza fought against us and Israel was defeated. This is the main thing. After the withdrawal from Gaza, the people in Gaza…we were saying to Gaza; now you are by your own [selves]. You are governing yourself. You make yourself a Singapore. Take money from all the Arab countries and invest and build etcetera. Instead they continue to throw Kassam and missiles on Israel and putting one million people on [in] shelters. This is the situation and of course, what we have to do? We have to say to them now take more sophisticated missiles from Iran in order to hit Tel Aviv? They already hit Tel Aviv. They are shelling our cities and people are..million people are…and they don’t have any reason to do it. They are free. No [not] one Israeli soldier is in Gaza. So – [Franks tries to interrupt] now give me the possibility  – when they are in state of war against us – a total state of war – we don’t have any responsibility. They are enemy. And now for the first time we see very clearly that they can control the fire and for three month they are not shooting any more because they can control and when they have shooted (sic) it was done by their own will and not because someone was obliging them.”

Franks clearly cannot understand AB Yehoshua’s reply. Like many others in the West today, he is incapable of reconciling a Left wing political view with the concept of the right to – and necessity for – self-defence and equally incapable of releasing himself from the trap of viewing Palestinians solely in terms of victimhood and oppression. So Franks changes the subject:

“Given the continuation of the conflict..erm…given what is happening inside Israel itself, how long do you think Israel has got?”

TF: “To continue its existence – as a Jewish state.”

“If though – sorry to interrupt – if that doesn’t happen; if there isn’t a two state solution, how long do you think Israel has?”

In general, there are two categories of people who talk about a world without the Jewish state. We are sadly now used to anti-Israel extremists of the red-green alliance openly championing the notion of the forced dismantling of Israel and – at least in the case of this writer – deeply perplexed by the casual approach of so-called enlightened societies in the West to the open expression of the concept of the planned destruction of a sovereign country.
The other sort of person who talks about a world without the Jewish state is the one who belongs to the school of thought which purports to want to ‘save Israel from itself’. Often insisting that they are ‘friends of Israel’, they promote the notion that without a two state solution to the Arab-Israeli conflict, Israel’s days are numbered. Significantly, they place the onus of arriving at that solution upon the shoulders of the Israeli side of that conflict alone, whilst totally ignoring Palestinian rejectionism, Palestinian terror and Palestinian incitement, and in doing so they display a clear case of double standards, mixed with no small amount of self-awarded moral superiority and patronising paternalism.
Significantly too, they would never have dreamed 15 years ago of asking a British author how long his country had got if it did not reach a peace agreement with the IRA. Neither would they ask a  Lebanese interviewee how long they think their country will survive if it does not grant equal rights to the Palestinian refugees and their descendants living there. They would also never ask a person living in Gaza or Ramallah how long his nation will continue to exist if it does not make peace with Israel.
One can, of course, be of the opinion that a two state solution is the desirable way in which to end the conflict, as indeed the vast majority of Israelis are. But to suggest that if that cannot be achieved in the near future – as it has not been over the last two decades – then Israel soon will cease to exist as a Jewish state, is obviously mere speculation and involves no small degree of scaremongering and emotional blackmail as well as a disturbing paucity of informed critical thinking about the Middle East.
Tim Franks clearly does not belong to the first category of people who openly talk about a world without Israel. Whether there is a moral difference between the two, given the implications of a panicked implementation of a two state solution in the current climate, whilst ignoring the ever-looming possibility of the fall of the Palestinian Authority and a Hamas take-over of the territory currently under PA control, is a matter of opinion.
It is nevertheless disturbing to hear the very concept of a world without Israel being brought into the mainstream by a representative of a media organization which is part of the British establishment because – although that may not be the intention – it nevertheless contributes to the delegitimisation of Israel.
One can, perhaps, gain some insight into the expression of that concept by Franks by listening to the rest of the interview and in particular by tuning in to the subtext of the conversation, in which a BBC journalist (who also happens to be a diaspora Jew) meets an Israeli. It is very clear that Franks – like the organization he represents – has difficulty understanding the issue of Israeli identity and in coming to terms with the fact that Israelis are not just Jews who happen to live in a more pleasant climate, but that their collective experiences, together with the eclectic make-up of Israeli society, have forged a new national identity.

Unwittingly, Tim Franks may have provided us with an understanding that part of the BBC’s problem with Israel is that deep down – perhaps unconsciously –  it sees Israelis as Jews who could just as easily live anywhere else in the world rather than as a nation in its own right.
One other observation we can take from this interview is that no matter how many correspondents the BBC sends to Jerusalem at considerable expense and no matter how many reams of articles it produces on Israel, BBC journalists do not seem to be particularly interested in understanding the people who make up the nation about which they report.