A few weeks ago we addressed on these pages the subject of an article by the BBC’s Defence Correspondent Jonathan Marcus concerning claims regarding the success rate of the Iron Dome made by MIT professor Ted Postol. 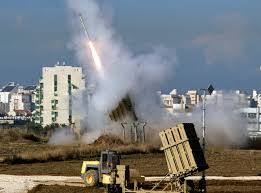 Mr Marcus responded in the comments:

“I really do think this is very poor “journalism” on your part. Mr Silverstein has nothing to do with our story and presumably you include his name to excite/incite your readers. The report on Ted Postol’s work (with two other scientists cited) first ran in Ha’aretz. I saw this but waited until I had a chance to speak to Postol – who despite your rather nasty insinuations, is a highly respected scientist with a distinguished track record in this field. You will remember that he correctly questioned the performance of the initial Patriot system in the war to liberate Kuwait. His concerns about Iron Dome certainly merits an airing rather than criticism. The BBC did eventually get a response from the Israeli MoD and I updated my piece to carry this. The original story carried a blander response from them.
I fear you see plots to do down Israel where they don’t exist. I am told by technical experts that there probably are ways Israel could provide data to prove the success of its system – if indeed it was succesful – without damaging national security. Let the IDF/MoD back up their claims. It is costing rather a lot of US money, which is no problem if it works, but may be a problem if it does not.
Jonathan Marcus
BBC “

A recent article from the Jerusalem Post – written by the former Director of the Israel Missile Defence Organisation, Mr Uzi Rubin – may be of interest to readers.

“Postol’s “analysis” of these public video clips and his underestimation of the Iron Dome’s effectiveness are meaningless and his conclusions are completely baseless.

In those clips, only the Iron Dome’s trail of smoke can be seen. The Grad rocket that it is about to intercept, however, cannot be seen.

To assess whether the Iron Dome’s missile successfully hit the Grad rocket, the trajectories of both must be observed, which is possible only through a full sky image obtained from sophisticated security sensors in which both projectiles can be observed simultaneously. This information is never released to the public since it would reveal the IDF’s discovery and tracking capabilities.”