Readers are no doubt familiar with the tortuous wording of the BBC’s editorial guidelines on the subject of terrorism. 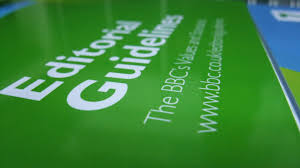 “We must report acts of terror quickly, accurately, fully and responsibly.  Terrorism is a difficult and emotive subject with significant political overtones and care is required in the use of language that carries value judgements.  We try to avoid the use of the term “terrorist” without attribution.  When we do use the term we should strive to do so with consistency in the stories we report across all our services and in a way that does not undermine our reputation for objectivity and accuracy.

The word “terrorist” itself can be a barrier rather than an aid to understanding. We should convey to our audience the full consequences of the act by describing what happened.  We should use words which specifically describe the perpetrator such as “bomber”, “attacker”, “gunman”, “kidnapper”, “insurgent”, and “militant”.  We should not adopt other people’s language as our own; our responsibility is to remain objective and report in ways that enable our audiences to make their own assessments about who is doing what to whom.”

But if perhaps we were under the impression that “value judgements” were a product of the 21st century European fashion for political correctness, the document below shows that in fact the BBC has adopted an ambivalent attitude towards domestic and foreign terrorism for at least twenty-five years – with the resulting public impression concerning its bias and double standards having been recognised even then.

Twenty five years. That means that a whole generation – and more – of BBC audiences have been imbibed with the propaganda of whitewashed Middle East terrorism. And still it goes on.

Where can terrorism be named as such by the BBC?