Obviously, BBC audiences cannot hope to gain “awareness and understanding of international issues” or to “remain informed about world events” (as promised on the packaging) if the BBC’s reporting systematically ignores certain aspects of the news in a particular region. 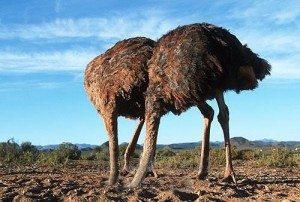 It is difficult to imagine a situation in which the BBC would ignore a story about counter-terrorism forces in the UK arresting a terrorist who had shot at hikers but – having also ignored the initial shooting incident – the BBC apparently saw no reason to inform audiences that a member of the PFLP was arrested last week and admitted having carried out the attack.

According to the report, one of the members of the cell, which belonged to the Popular Front for the Liberation of Palestine, admitted that he had carried out a shooting attack on an Israeli vehicle near Wadi Qelt.

Likewise, the BBC would most likely not elect to ignore the arrest of suspects in a shooting attack which had resulted in the death of a family member of a British government minster two years earlier – particularly if they were members of a foreign security force.

And of course the seizure of a cache of illegal weapons would probably make prominent BBC headlines – especially if those arrested in connection with the incident were members of a supposedly defunct militia belonging to a member organization of a body with which the British government had signed agreements.

Back at the end of April the BBC tried to persuade its audiences that attacks on Israeli civilians in Judea & Samaria were “rare” – later revising the claim to “fatal attacks” after complaints from the public. The presentation of such a deliberately misleading narrative is enabled by the BBC’s systematic failure to report non-fatal violent attacks taking place in the district and related counter-terrorism activity.

Not only are BBC audiences left in the dark as regards the incidents themselves, but the promotion by omission of that inaccurate and misleading narrative severely hampers their ability to understand wider issues such as the lack of progress in peace negotiations.