At around 10 p.m. on Sunday, July 21st a missile fired from the Gaza Strip hit the Eshkol region of southern Israel. On the morning of July 24th, two mortars were fired at the same area, but fell short. 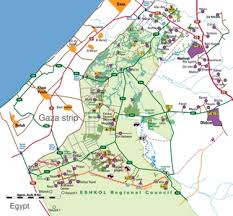 These latest incidents bring the total number of missiles targeting Israeli civilians fired from the Gaza Strip since the ceasefire which brought Operation Pillar of Cloud to an end last November to twenty-six (February – 1, March – 2, April – 10, May – 2, June – 5, July – 6). Three additional missiles have been fired at Eilat from the Sinai Peninsula during that time.

Of those 26 attacks originating in the Gaza Strip, the BBC has reported on the incidents on February 26th 2013 – the first attack after the ceasefire – and those of April 2nd, and April 30th, to which Israel responded. Of the attacks on Eilat, the BBC only reported the incident of April 17th 2013.

In other words, the majority of missile attacks targeting Israeli civilians continue to be ignored by the BBC, as was the case in the months before Operation Pillar of Cloud. It is of course difficult to imagine such patchy BBC reporting were those missiles directed at British citizens.

If and when Israel is forced to respond to the renewed attacks, BBC audiences will yet again lack the background information which would enable them to put the news into context.