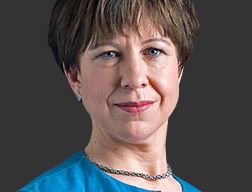 During the interview, a soft-spoken Doucet peppered Peres with questions clearly meant to cast Israel as disinterested in peace. In the process, the interviewer also misled readers with an erroneous claim about the Israeli Prime Minister.

Read the rest of this post by Gilead Ini here.

In that report Doucet promotes the standard BBC mantras of “time running out” for peace and “illegal settlements”, stating that:

“Settlements are still a major obstacle. Building on occupied land in the West Bank is regarded as illegal under international law.”

“But recent Israeli government figures show construction is now at a seven-year high.”

So, as we see, even items ostensibly about Israel’s nonagenarian president becomes a vehicle for the quotidian promotion of the BBC’s politically motivated narrative.