One of Britain’s best-loved institutions is, without doubt, the annual BBC-presented Henry Wood Promenade Concerts – better and fondly known as the Proms. But even that cultural oasis is not immune to political posturing. 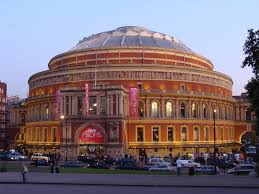 Last year a performance by the Israel Philharmonic Orchestra was disrupted by anti-Israel campaigners resulting in a Radio 3 live broadcast of the concert being pulled by the BBC.

This year – as we learn from the IPT blog – is sadly no better.

“Violin virtuoso Nigel Kennedy and his quartet performed Vivaldi’s Four Seasons last Thursday at the Royal Albert Hall. They were joined by the Palestine Strings in a concert broadcast live as part of the BBC Proms series. The Palestine Strings are comprised of young students attending the Edward Said National Conservatory of Music.”

Delightful. However, during the performance Kennedy told the audience:

“Ladies and gentlemen, it’s a bit facile to say it, but we all know from experience in this night of music tonight that, given equality, and getting rid of apartheid, gives beautiful chance for amazing things to happen.” [emphasis added]

Kennedy’s inflammatory comment has not been pulled by Radio 3. In fact the concert is available here with Kennedy’s remarks appearing at around 1:20:26. As the IPT blog notes:

“Moreover, the BBC has aired the broadcast on BBC [Radio] 3 with the comments intact, and plans to rebroadcast the concert in its entirety on BBC on Aug. 23, thus exposing an even wider unsuspecting audience tuning in to hear Kennedy’s music.”

And that was not the only occasion upon which the BBC has of late provided a platform for Nigel Kennedy’s political posturing. On August 3rd he appeared on BBC Radio 4’s ‘Saturday Live’ where he said (at 1:02:27 in the recording in the link):

The best presenter Richard Coles could come up with in response to those dishonest fabrications was:

To remind ourselves of the BBC’s own guidelines on the subject of live output:

“If offensive comments are expressed during live interviews, the interviewer should normally intervene, challenge the comments where appropriate and/or distance the BBC from the comments. If this doesn’t happen we should make an on-air apology at the earliest opportunity. Potentially offensive comments include remarks that may be interpreted as, for example, racist, sexist, homophobic, prejudiced against a religious group, or reflecting an unflattering national stereotype.”

One of course hopes that ahead the scheduled August 23rd broadcast the BBC will have the forethought to remove Kennedy’s inflammatory comment which is clearly in breach of BBC editorial guidelines, but perhaps readers might like to give them a nudge – just in case.

The Jewish Chronicle reports that the BBC has confirmed that Kennedy’s comments will be edited out of the scheduled August 23rd broadcast of the concert.