The volume of articles concerning Israel which appear consistently on the BBC News website has been recorded over the last six months in our series of articles titled “BBC Israel focus in numbers”. There we record not only the appearance of an article, but also its exposure in terms of the number of days it is left up on the webpage. A closer look at the exposure of some of the articles published throughout the month of August 2013 suggests an interesting trend.

The longest time any Israel-related article was left up on the Middle East homepage was eight days, with four articles falling into that category, including Jon Donnison’s attempt to persuade readers that Gaza has “some of the highest population densities in the world” which was discussed here. Two other articles which appeared on the website for eight consecutive days were Jonathan Marcus’ “Does Middle-East peace process matter?”  and Bethany Bell’s “Scepticism all round amid renewed Mid-East peace talks”.

The fourth article left up for eight days was titled “Palestinian shot dead by Israeli troops on Gaza border” . Another article about an incident in Jenin, titled “Palestinian killed in Israeli raid in West Bank” , was left up on the webpage for seven consecutive days whilst the report on the riots in Qalandiya headlined “Palestinians killed in clashes with Israeli police” was viewable for three days running.

A report titled “Israeli jets bomb Lebanon target after rocket strike” was viewable on the Middle East homepage for six consecutive days. In contrast, the BBC report on the missile fire which caused the Israeli response only appeared on the website for a matter of hours. 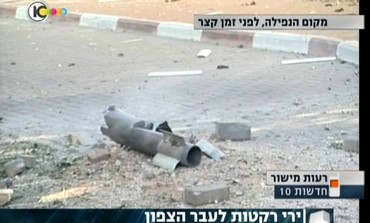 A report on the closure of Eilat airport due to security assessments stayed on the website for two days whilst another article about an air-strike against terrorists in Sinai was viewable for seven consecutive days.

Here at BBC Watch we have frequently remarked on the BBC’s tendency to fail to report many if not most of the terror attacks – attempted and executed – against Israeli civilians. But according to the statistics for August, it appears that even when the BBC does report on threats or attacks against Israelis, those reports are given less exposure than articles dealing with Israeli responses to terror attacks or Israeli counter-terrorism activities in which there are Palestinian casualties. We will of course continue to monitor this apparent trend.

A great deal of the Israel-related content which appeared on the BBC News website’s Middle East page during August was connected to the renewal of talks between Israel and the Palestinians. Three main categories of subject matter – often all appearing in the same report – can be identified: the issue of the talks themselves, the accompanying ‘goodwill gesture’ release of 26 Palestinian prisoners convicted of terrorist acts and the subject of Israeli construction which the BBC promoted vigorously throughout the month as ‘sabotaging’ the renewed talks – even though that was clearly not the case.

Articles about the talks themselves included “Livni urges Israel coalition to support peace talks” which appeared on the website for three days and “Israel-Palestinian peace talks to resume in Jerusalem” which includes standard BBC presentations of the subject of Israeli building and ran for two days. The backgrounder titled “Q&A: Israeli-Palestinian talks in Jerusalem“, which also presents Israeli construction as ‘sabotaging’ talks, ran for two days on the Middle East homepage and an article called “Israel-Palestinian peace talks resume in Jerusalem” likewise including promotion of the same theme appeared for four consecutive days. 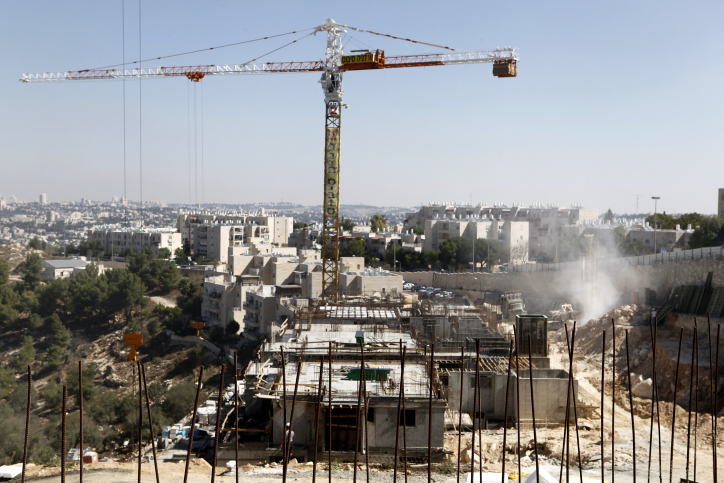 Thus we see that audience exposure to written articles promoting the notion of Israeli construction as a threat to peace talks throughout August was considerably greater than, for example, exposure to the issue of terror as an obstacle to peace. Obviously, the BBC’s reputation for impartiality depends not only upon actual written or spoken content, but also on the editorial decisions behind the prioritising of some reports over others.