On September 15th we highlighted the fact that the BBC’s ‘Learning Zone’ website – a resource for teachers – claimed that Egypt and Syria “acted pre-emptively” when they launched the surprise attacks which began the Yom Kippur war forty years ago.

Via the JTA we learn that the erroneous claim has been removed from the website after the JTA approached the BBC’s Head of Communications.

“Asked by JTA whether BBC had indications that Israel had threatened or planned to attack its Arab neighbors 40 years ago, BBC’s head of communications, Claire Rainford, wrote  in an email on Monday that the producers of Learning Zone “have reviewed the copy and decided to remove the word preemptive.” “

Here is a ‘before’ screenshot: 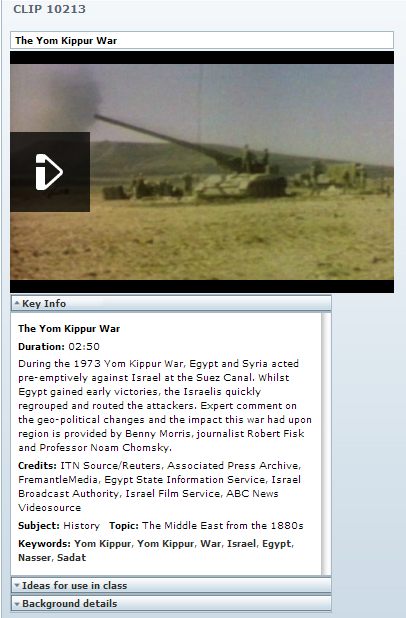 This is the page as it stands now:

Seeing as there is no publication date on that webpage, we have no way of knowing for how long that politically motivated claim was presented to educators and it is of course impossible to estimate  how many teachers have passed on that historically inaccurate information – provided by the ‘trusted’ BBC – to their pupils.