On November 6th an article was published on the BBC News website’s Middle East page under the title “Israel accuses Palestinians of incitement over talks”. A few hours later, that headline was replaced with the wording “Kerry ‘confident’ of Israel-Palestinian talks progress“.

In the first two versions of the article, the opening statement read:

“Israeli Prime Minister Benjamin Netanyahu has blamed the Palestinians for the apparent stalemate in their peace talks, accusing them of creating “artificial crises” and incitement.”

Later on, in the sixth paragraph of the report it was noted that:

“Mr Netanyahu said Israel stood by the terms agreed for the talks.

“I’m concerned about their progress because I see the Palestinians continuing with incitement, continuing to create artificial crises, continuing to avoid, run away from the historic decisions that are needed to make a genuine peace,” he said.”

That quote was relegated to the eleventh paragraph of the version of the report as it currently stands. No information was provided for BBC audiences in any of the article’s various versions as to what the Israeli prime minister meant by incitement.

As regular BBC Watch readers well know, the BBC generally avoids the subjects of incitement against Israel and glorification of terrorism, both on the part of Hamas and also when it comes from official Palestinian Authority sources or institutions.

On the same day that this BBC report originally appeared, Mideast media analyst Tom Gross published disturbing photographs taken the previous day at the Al Quds university  –  which later produced a statement on the subject, curiously in English only.

That fascist-style military display at a Palestinian seat of learning (which is unfortunately by no means an isolated incident) received no coverage from the BBC.  Similarly, audiences have not been made aware of the fact that one of the people named by the BBC in August as representing the Palestinians on the perhaps recently resigned negotiating team  involved in the talks supposedly aimed at creating two states for two peoples, Mohammed Shatayyeh, (also a minister at PEDCAR) has a header on his official Facebook account which shows an image of what is described in Arabic writing as ‘Palestine’ in which Israel is eliminated  altogether. 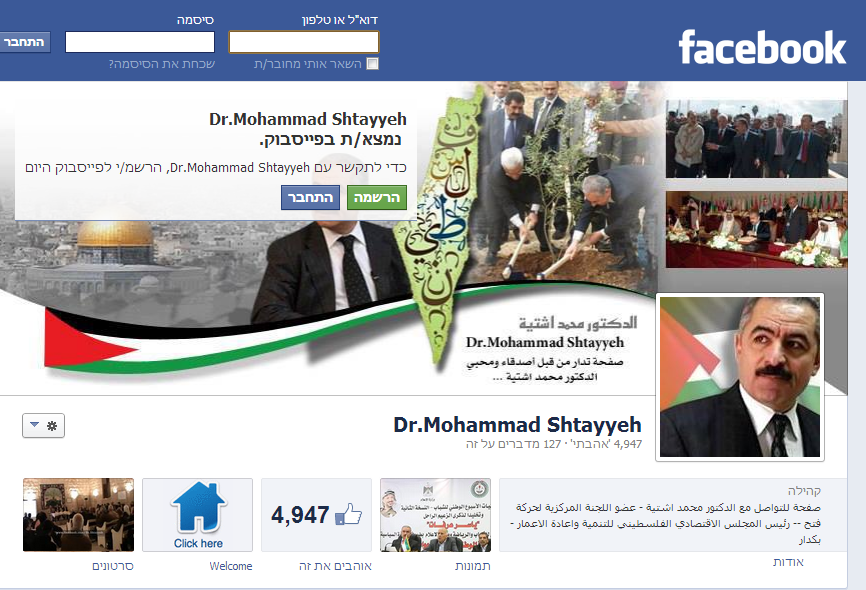 Likewise, the fact that a Palestinian Authority minister recently accused Jews of poisoning both Yasser Arafat and the prophet Mohammed on official PA television did not get a mention from the BBC.

There are, of course, volumes of almost daily examples of incitement and glorification of terrorism to be found coming from official Hamas and Palestinian Authority sources, but they are consistently ignored by the BBC – and, to be fair, by most of the rest of the Western mainstream media.

But unlike other media organisations, the BBC has the special responsibility, as defined in its constitutional basis, to inform audiences in order to “build a global understanding of international issues”. Coverage of the Middle East in general – and of the peace process in particular – which systematically self censors and thus conceals the factors of incitement and glorification of terrorism – cannot be said to be meeting that responsibility in full.