Readers who also visit the ‘Snapshots’ blog run by our colleagues at CAMERA will no doubt be aware of the recent story – as first reported by the Times of Israel on November 13th – concerning the publisher ‘Scholastic Inc.’ which inadvertently produced a map from which Israel was omitted in one of its children’s books. 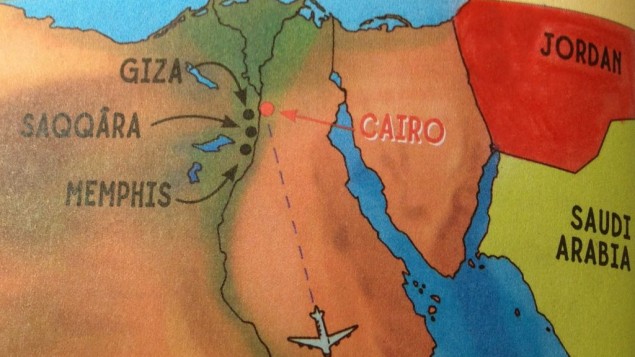 The company quickly rectified the situation, as reported by CAMERA:

“The publisher today expressed regret for the omission and announced that it is “immediately stopping shipment on this title, revising the map, and going back to reprint.” “

Five days later, on November 18th, the story was picked up by BBC Monitoring and placed in its “News from Elsewhere” section on the BBC News website.

Interestingly, part of the BBC Monitoring article focuses on reactions to the amended map provided by the publisher.

“However, the new map has opened a further can of worms for Scholastic, with readers engaged in a heated argument on whether the map should also include the Palestinian territories.”

Visitors who click on the link to Scholastic’s blog provided in the BBC article will soon realise that many of the writers of the comments there are not mere “readers” as they are described by BBC Monitoring, but veteran – and in some cases, professional – anti-Israel campaigners.

First off the mark is Greta Berlin of the flotilla-organising, Hamas-supporting ‘Free Gaza Movement’ – perhaps more memorable for her promotion of antisemitic material on the internet.

Berlin’s ‘Free Gaza Movement’ colleague Mary Hughes-Thompson (who goes by the name ‘Mariapalestina‘ on Twitter) appears to be next.

Also popping in to visit was International Solidarity Movement activist Paul Larudee, who was among the organisers of the failed 2012 ‘Global March to Jerusalem’.

There is also a comment apparently from Khaled Mouammar – former head of the controversy-plagued Canadian Arab Federation.

Hanna Kawas is chair of the Canada Palestine Association.

Readers will probably recognize additional names such as Jane Jewell, Kay von Riesen or Samir Twair in what is clearly a collection of comments resulting from a coordinated campaign.

How curious it is that BBC Monitoring picked up this story at all, and all the more that it only did so after five days. How odd too that it specifically directs readers to a collection of comments made by anti-Israel campaigners. The question of course is whether or not the anonymous writer of the BBC Monitoring article actively sought to amplify the coordinated campaign of ‘Free Gaza’ et al, or whether he or she simply did not bother to do the research in order to find out what kind of voices the BBC would be promoting.