St James’s Church, Piccadilly, in London’s West End has installed a life size 8 metre tall/30 metre long replica of Israel’s security wall in its courtyard as part of its Bethlehem Unwrapped festival. The replica wall is so vast that it obscures the Church itself.

The replica wall will be lit up at night and for the next twelve days of Christmas (until 5th January) a montage of images and slogans will be continuously projected onto it. Scenes include parts of London with a wall passing through it.

What you won’t see projected onto the replica wall are scenes of bombed out Israeli buses, hotels, pizza restaurants, bars and nightclubs that were ubiquitous in Israel before the wall.

Maybe Ivor Dembina will reprise his notorious Holocaust “joke” in which he mocks the Jewish people for wanting to hog the Auschwitz limelight. According to Dembina Jews don’t really want others to know that gays, gypsies and the disabled were also murdered at Auschwitz because we like to see it as “Ourschwitz, not Yourschwitz”.

Had someone made a joke about, for example, Srebrenica they would rightly be excluded but Dembina, host of the Hampstead Comedy Club, is one of the star turns at Bethlehem Unwrapped.

Or maybe poet Rafeef Ziadah will reprise her praising of Islamic Jihad chief Khader Adnan. Adnan, you may recall, is keen to incite Palestinians to become suicide bombers and blow up innocent Israeli children.

Unbelievably, into this political hatefest have stepped the supposedly “non-political” chefs Yotam Ottolenghi and Sami Tamimi. They will be hosting the “Bethlehem Feast” at the church on Friday January 3rd.

Rector Winkett said the reason behind the replica wall was that when 20 of them visited Israel and the Palestinian territories in October “one of the lasting memories of our time there was this wall” (see clip).

It is a shame Rector Winkett didn’t also visit the graves of Israeli children murdered by Palestinian suicide bombers or Israelis left disabled by them.

The microphone was then handed to Jeff Halper of Israeli Committee Against House Demolitions who left those who made it to the church despite the dreadful weather conditions in no doubt as to what the next twelves days of Bethlehem Unwrapped had in store. Halper has previously expressed his wish to boycott Israel out of existence.

Last night Halper described Israel’s security wall as a “very deadly barrier that people cannot pass” and said “this wall is not built for security…it doesn’t protect Israelis in any way”. He continued “the wall defines the borders of the Israeli bantustan that is being created for Palestinians in an apartheid state…it defines those cantons in which Palestinians will be confined” (see clip below).

I understand that there are due to be a couple of last-minute voices putting Israel’s case at the panel debate with Halper “Both sides of the Barrier: Separation or Security?” on January 4th but it is a drop in the ocean when compared to what is taking place over the entirety of the festival.

During the festival members of the public are being invited write on the wall. The address of St James’s Church is 197 Piccadilly. It’s very close to Piccadilly Circus tube station. Feel free to head away from the sales for a few minutes to balance out the hate and the lies. But take a good pen with you.

This replica wall has possibly cost thousands of pounds. There have been designers, architects, curators, materials, scaffolding and a team of builders. With mouths to feed and people freezing to death in this country alone it is shameful that St James’s Church, Piccadilly, has squandered so much on what is nothing more than an anti-Israel propaganda exercise.

Other Photos from last night:

Some of the projections on to replica wall until January 5th 2014: 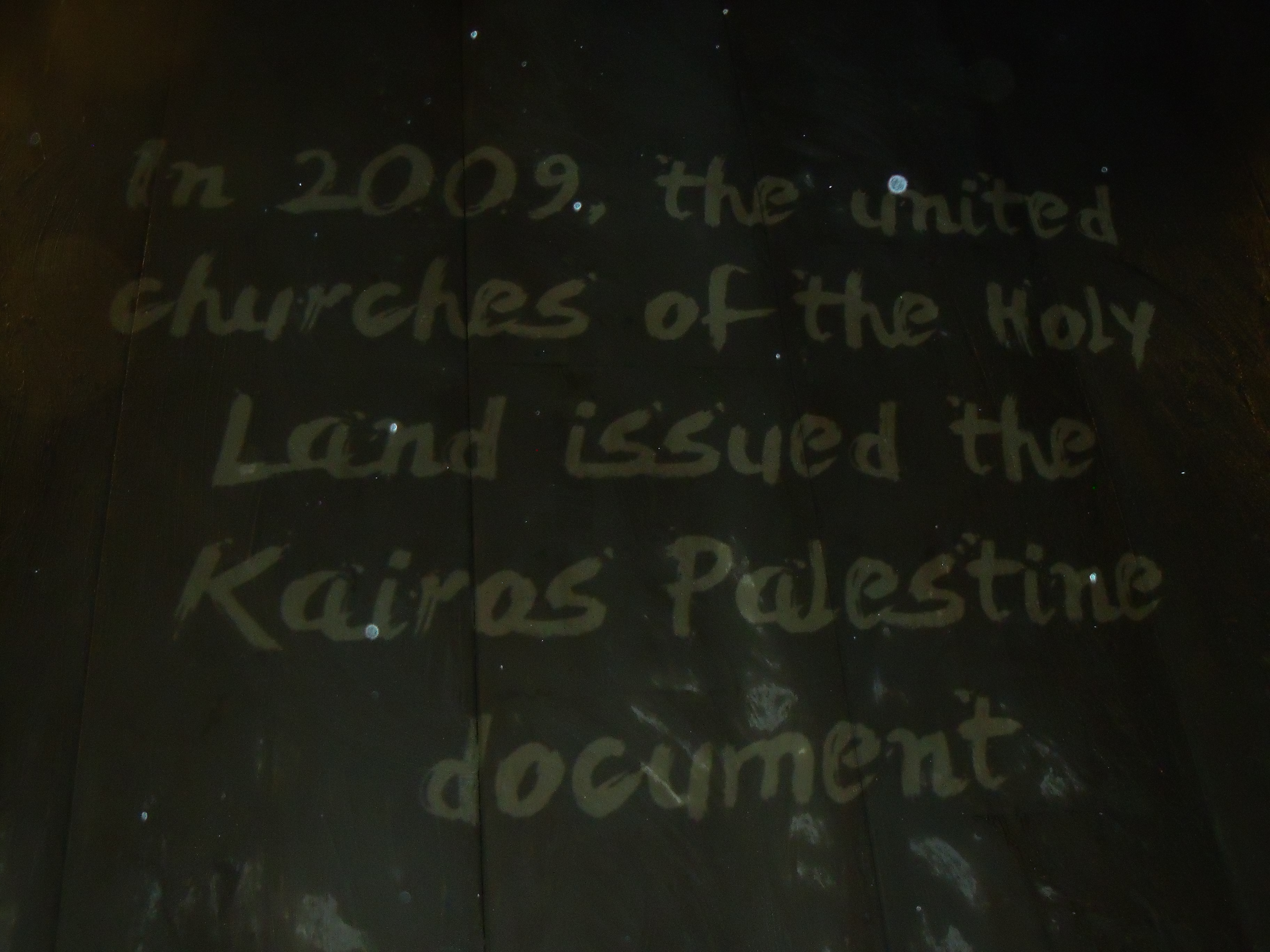 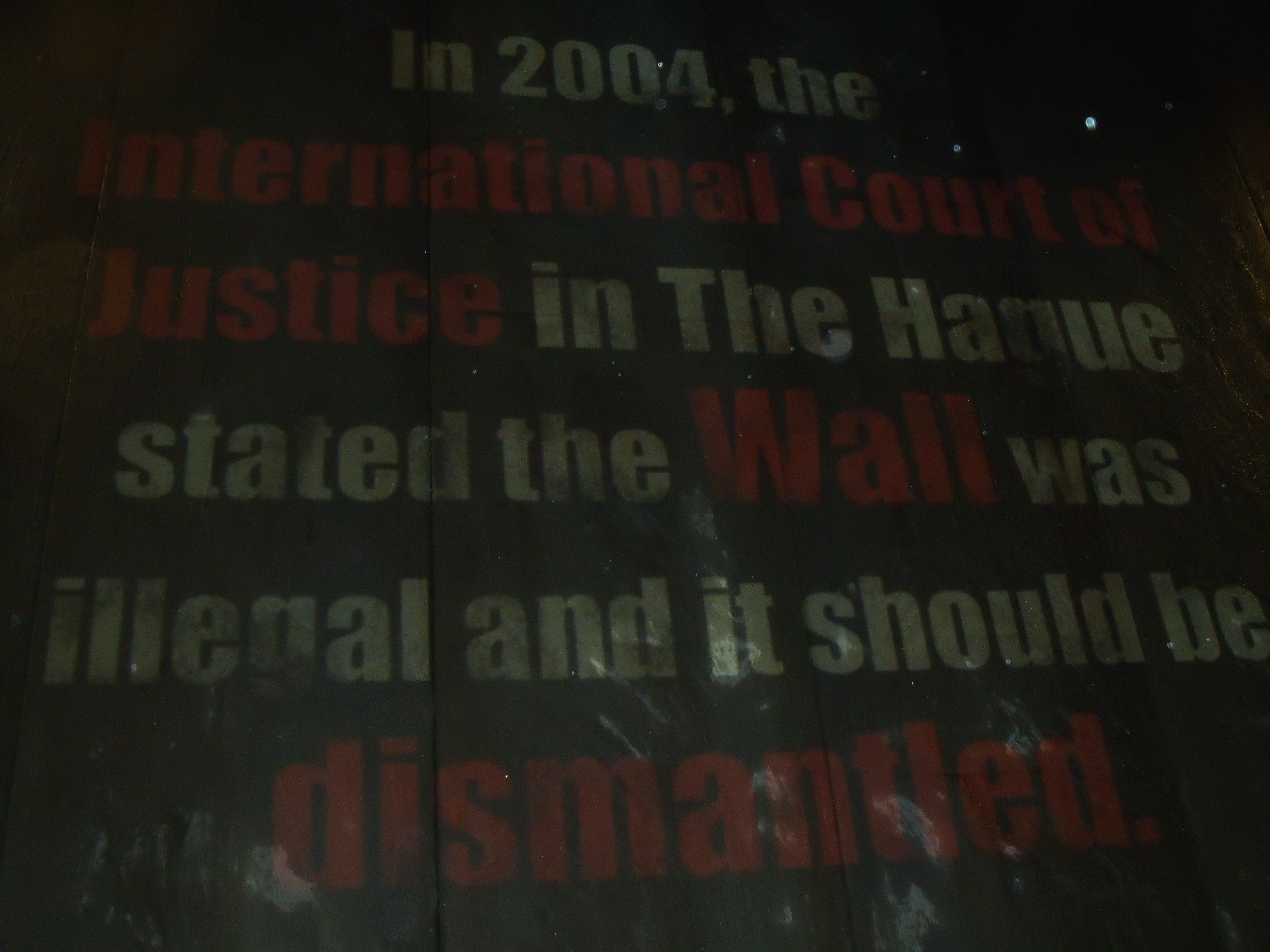 0 replies on “‘Tis the season for anti-Israel propaganda at St James’s Church, Piccadilly.”