The BBC News website blog titled ‘Echo Chambers’ (edited by Anthony Zurcher) purports to present audiences with “a review of the best commentary on and around the world”. Its June 18th edition included a section titled “BBC Monitoring’s quotes of the day” with the sub-heading:

“Israeli and Palestinian commentators offer their views on the three missing Israeli teens the Israeli government believes were kidnapped by Hamas militants.”

The first of those selected quotes comes from the pro-Fatah Palestinian daily Al Ayyam.

As we see, the words “of the three settlers” have been added to the quote in square brackets – presumably by BBC Monitoring.

The term “settlers” is of course used pejoratively by the BBC to describe people – specifically and exclusively Jews – living in towns and villages in geographical areas in which, according to the BBC’s political views, they should not be living. Those geographical areas are located on a particular side of the 1949 Armistice lines and apparently even children or teenagers whose parents decided to make their homes where the BBC thinks they should not have done so can be termed “settlers” , even if they had no part in that decision themselves or were actually born there.

In the case of the three kidnapped teenagers who are the subject of this quote, the assertion that they are “settlers” is not only loaded with political intent; it is also inaccurate. Sixteen year-old Gil-ad Sha’ar comes from Talmon: a village founded ten years before Gil-ad was born which is located in Judea & Samaria and hence would be classified as a ‘settlement’ by the BBC. Naftali Frenkel – also aged 16 – comes from Nof Ayalon and nineteen year-old Eyal Yifrach lives in Elad. Both those two latter communities are on the ‘right’ side of the 1949 Armistice lines according to the BBC world view. 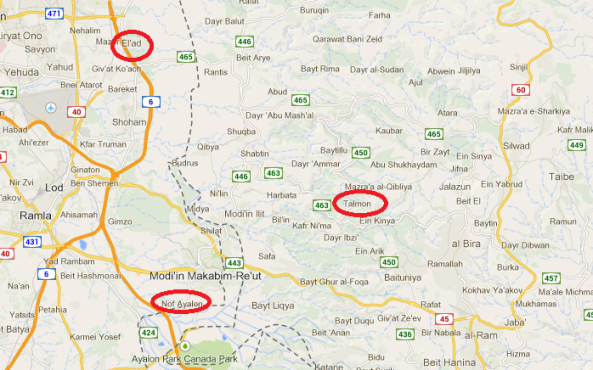 As we see, however, the BBC has chosen to describe all three of the kidnapped youths as “settlers” even though that description is both inaccurate and – quite frankly – irrelevant. Unless the BBC is trying to press a political point to readers of this blog post (and if it is, that is another topic altogether which goes far beyond mere inaccuracy), then the politically motivated epithet allocated according to the location (mistaken or not) of the family homes of the three missing boys is of no consequence to the story itself.

The second selected quote promoted in this post comes from ‘Filastin Online’ and there the three abducted youths are inaccurately described as “soldiers”.

No effort is made by the BBC to clarify to readers that this “quote of the day” includes inaccurate and misleading information.

As a reminder, BBC editorial guidelines on accuracy and impartiality apply to all BBC content.