Much like the Guardian’s egregiously one-sided coverage of the war, many tweets by Guardian journalists about the conflict have demonized Israel, and completely ignored the role played by Hamas – the antisemitic terrorist group ruling Gaza.
Here’s are just a few recent Tweets by ‘professional’ journalists affiliated with a media institution which fancies itself the world’s leading liberal voice:
George Monibot: 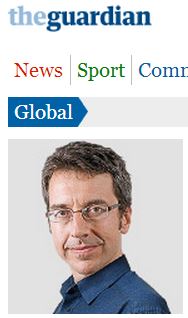 Anyone not blinded by partisanship can see that the mass murder of the captive population of #Gaza is a crime against humanity.
— GeorgeMonbiot (@GeorgeMonbiot) July 31, 2014 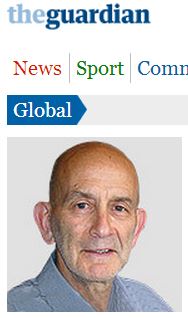 JAFI head Sharansky says ‘Jewish history in Europe is at beginning of its end’ bec. of #antisemtiism. Exactly what he, as a #Zionist, wants — Antony Lerman (@tonylerman) July 31, 2014 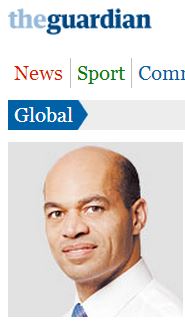 Israel is evil, in two tweets

2/2 People tend to support evil when they benefit from it. The issue is whether the rest of the world lets them get away with it.
— joseph harker (@josephharker) July 31, 2014

Regarding Harker, we should note that he’s the Guardian’s Assistant Comments Editor, which helps explain the biased comment moderation we’re continually documenting.