Despite having relocated to Australia some eighteen months ago, the BBC’s Jon Donnison continues to Tweet energetically about Israel-related issues, frequently breaching his employer’s editorial and social media guidelines in the process. Some examples from the past year alone can be seen here, here, here and here. 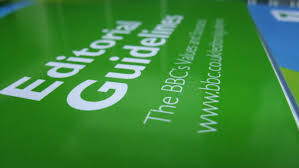 Honest Reporting has the story of yet another Tweet sent by Donnison on December 10th.

“Now Donnison, despite currently being posted to Sydney, Australia, has weighed in with this tweet about the death of Palestinian official Ziad Abu Ein from a heart attack while confronting Israeli soldiers.”

The rest of the story can be read here.

So much for the  BBC Editorial Guidelines – again.

“Presenters, reporters and correspondents are the public face and voice of the BBC – they can have a significant impact on perceptions of whether due impartiality has been achieved.  Our audiences should not be able to tell from BBC output the personal prejudices of our journalists or news and current affairs presenters on matters of public policy, political or industrial controversy, or on ‘controversial subjects’ in any other area.”

Like Loading...
Tags from the story
Accuracy, BBC, Impartiality, Israel, Jon Donnison, Twitter, Ziad Abu Ein
Written By
Hadar Sela
More from Hadar Sela
As readers who do not confine their news consumption to the BBC...
Read More