Cross posted by London-based blogger Richard Millett
Trafalgar Square in London was unusually quiet and reflective on Sunday as thousands flocked to stand in sympathy with Paris and those left bereaved this week by an Islamist terror gang there.
Thousands came and held up pens, pencils, crayons, signs and their own hand drawn cartoons. They sang Le Marseillaise and applauded.
As darkness fell they lay down their pens on the floor and lit candles, the National Gallery was lit up in red, white and blue and Trafalgar Square’s famous fountains alternated between those same colours.
Some chose to hold up the offending Charlie Hebdo cartoons, but I have not published those photos. I have however published photos of those brave, brave women who I saw holding up signs stating Je Suis Juif. I hope they stay safe.
I also hope that the likes of the Palestine Solidarity Campaign that pour out hatred and lies to naive minds about Israel will now cease their vile activities.
Many of the anti-Israel events I have attended, and written up on this blog, are either full of support for Hamas and Hezbollah who state publicly their desire to murder Jews or they contain outright anti-Semitic language.
If something similar to Paris happens in London we will know who to blame.
Here are some of the scenes from Sunday: 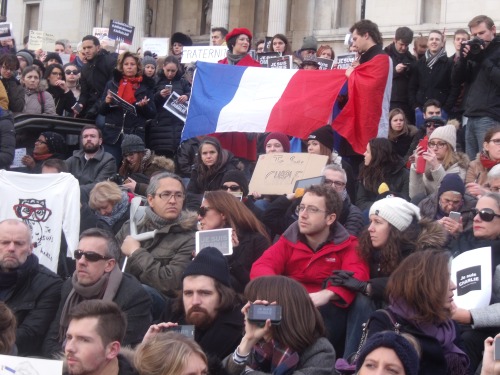 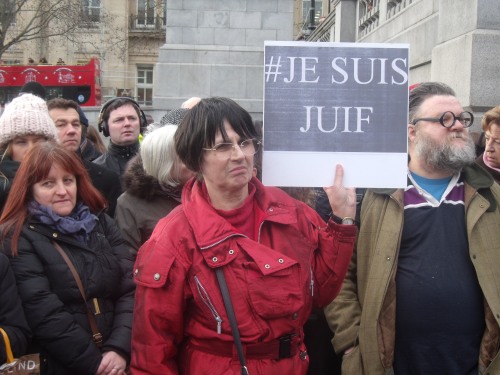 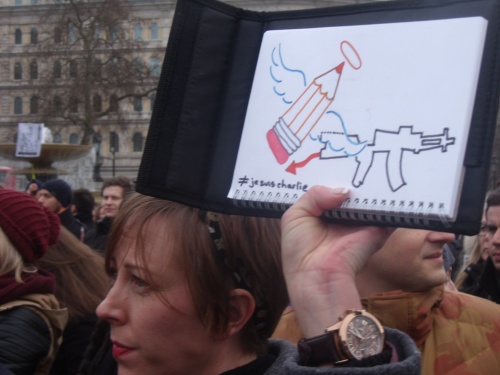 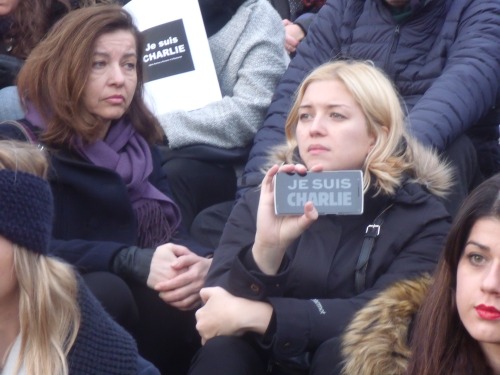 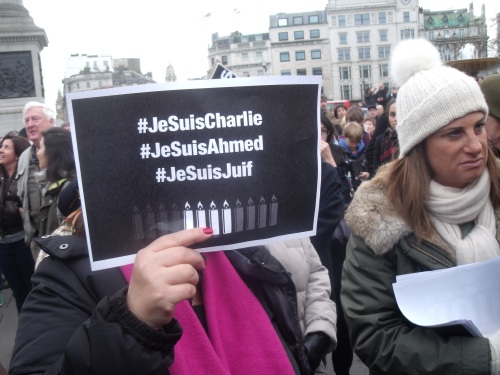 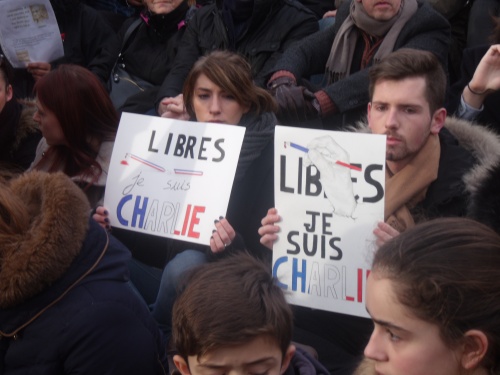 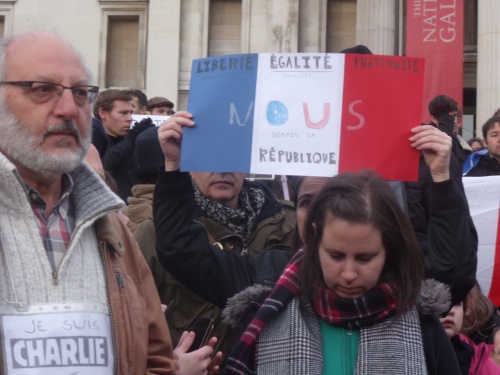 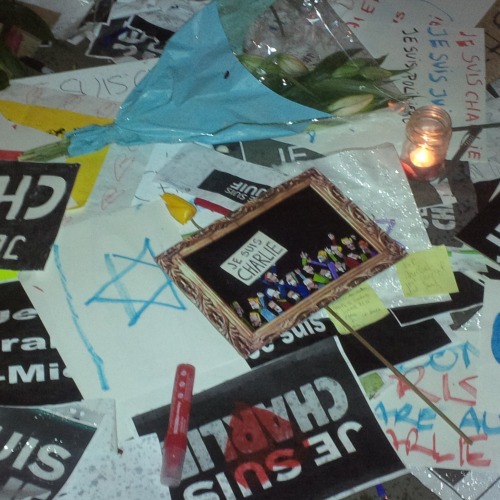 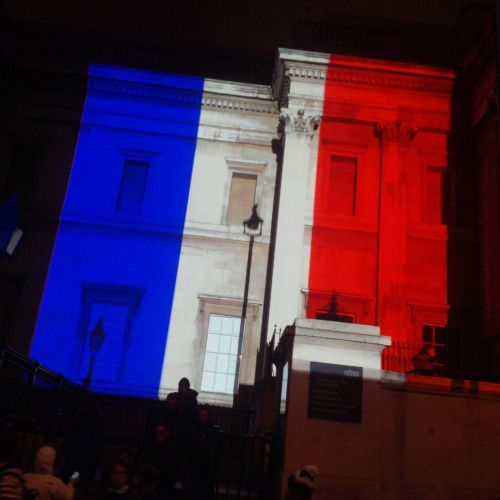 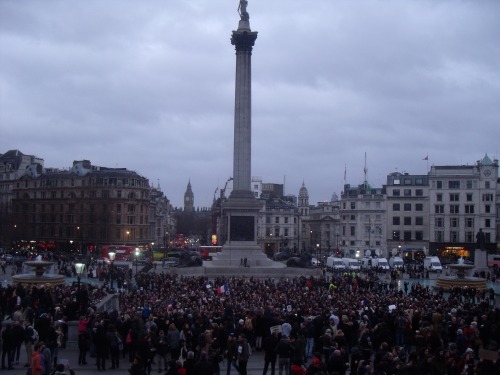