As was pointed out here recently, the audio version of Paul Adams’ report about a Syrian man given medical treatment in Israel included the following statement:

“Well, if you drive about an hour and a half west from Haifa, you come to this place: the wind-swept Israeli-occupied Golan Heights.”

One member of the public who obviously noted the same point took to Twitter to inform Adams of his geographical error. 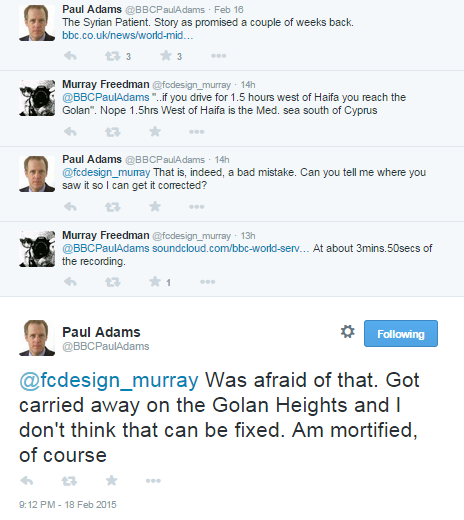 However, Paul Adams did manage to edit the report to cut out the word ‘west’ from the recording and thus correct the error.

It is refreshing to see a BBC journalist responding so quickly to a member of the public and making effective efforts to correct an obviously genuine mistake.