Last October, a Kurdish student attempted to get the National Union of Students in the UK (NUS) to pass a seemingly uncontroversial motion condemning “Islamic State” for its monstrous record of mass executions, rapes, slavery and ethnic cleansing. 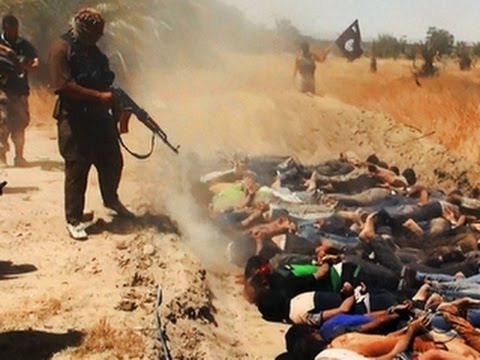 The motion included a call to encourage students to boycott anyone found to be funding ISIS or supplying them with goods, training, travel or soldiers.

Yet, the NUS refused to pass the motion, arguing that to criticise and boycott the barbaric jihadists of the “Islamic State” (ISIS/ISIL) would fuel Islamophobia.  Opposition to the motion was reportedly led by Black Students Officer Malia Bouattia, who claimed that the motion would stoke fears of Muslims and serve as a “justification of war”. (NUS later passed an extremely watered down motion condemning ISIS “atrocities” that still didn’t include a recomendation to boycott the group.)

Let’s leave aside for a moment the fact that the fanatics besieging Kobane are unlikely to drop their guns at the NUS’s say-so, and Islamophobic thugs are unlikely to be swayed by them either. Let’s first of all examine the key claim: that criticising the Islamic state could lead to Islamophobia. In my book, opposing Isil is only Islamophobic if you think Isil is in some way representative of all Islam. Which you could argue is sort of Islamophobic.

The people who opposed this motion are moronic beyond belief. The idea you could turn round to a Muslim Kurd and say “you are a Western imperialist Islamophobe for wanting us to condemn the people murdering and raping your countrymen” requires a level of Russia Today fuelled self-delusion.

Secondly, opposing the demonisation of a group of extremists as representative of an entire religion as a whole is a pretty shaky bridge for the NUS to walk out on; I can’t imagine them refusing to criticise Israel on the basis that might stoke anti-Semitism.

Well, it turns out that Foxton was quite prescient.

The NUS executive council passed a motion put forward by the School of Oriental and African Studies students union just yesterday to boycott Israel, and voted to align themselves with the Boycott, Divestment, Sanctions campaign – a movement whose leaders explicitly call for the end of the Jewish state.

Per Foxton, it seems clear that the ‘progressive’ student leaders at NUS who were concerned that boycotting ISIS (the most barbaric movement on the planet) would stigmatize Muslims evidently were unburdened by fears that their decision to single out the only Jewish state (and the only progressive democracy in the Mid-East) would stoke antisemitism – racism against Jews which reached record levels in the UK in 2014.

Though NUS’s boycott motion will have little if any effect on Israel, the impact on British Jews – the overwhelming majority of whom identify strongly with the Jewish state – may be significant.  Such stunningly hypocritical campaigns which single out Israel – and only Israel – for condemnation are in effect telling Jews that they identify with a morally odious movement, an association which places them on the wrong side of history.

This post was revised on June 4th to take into account the second NUS motion relating to ISIS. Though neither resolution called for a boycott of ISIS, the second one did condemn the jihadist group.