A recent report in The Independent on a Canadian doctor of Palestinian descent who is developing a new easy-to-manufacture inexpensive stethoscope for Gaza hospitals contextualizes the story thusly: 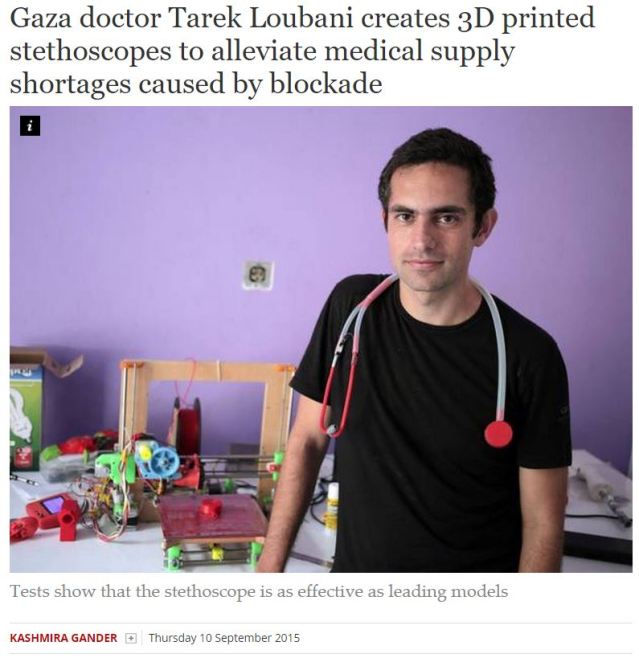 The first few passages set up the story:

A doctor in the Gaza Strip who was faced with the fallout of an eight-year blockade in the territory has taken matters into his own hands and created a low-cost stethoscope with a 3D printer.

The crossings between Gaza and the borders of Israel and Egypt were blocked eight years ago, after Hamas seized power in the region.The blockade has been blamed for damaging Gaza’s economy, casting its 1.8 million citizens into poverty, and creating a shortage of vital supplies.

Additionally, a Sept. 11th article in The Metro similarly claimed that Israel’s blockade has resulted in shortages of stethoscopes. 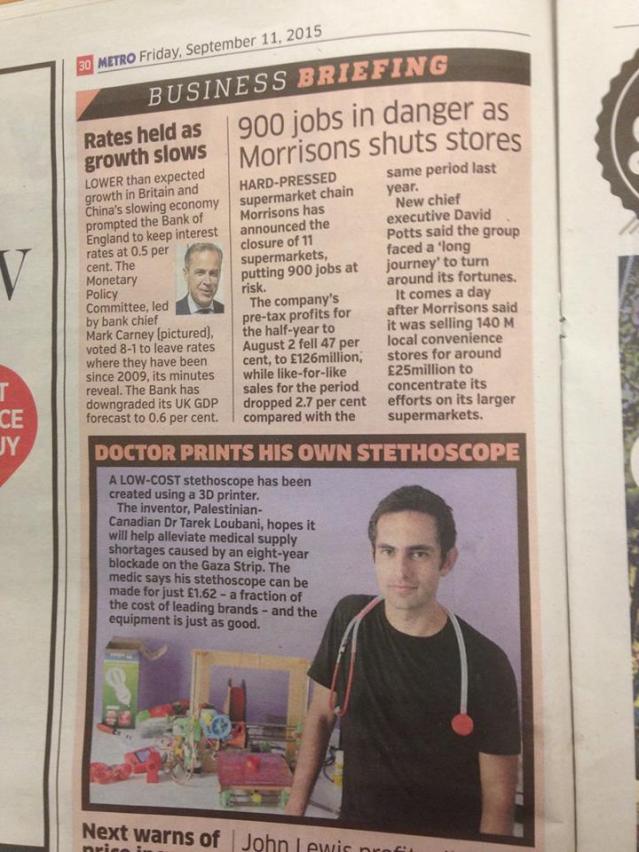 However, as Elder of Ziyon noted recently, there’s a major inconsistency with such stories: There are NO Israeli restrictions on stethoscopes (or other medical supplies) entering Gaza.

The only restricted items are weapons and ‘dual-use’ items, those putatively civilian items which can be used “for the development, production, installation or enhancement of military capabilities and terrorist capacities”.   Indeed, purely humanitarian supplies (such as medical supplies and medicines) have never been subject to such restrictions, even during wartime.

Moreover, as Hadar Sela (managing editor of our sister site, BBC Watch) demonstrated last month in a post refuting an August BBC World Service radio program (available here from 38:32) which noted the 3D printed stethoscopes by Dr. Loubani, shortages of medical equipment in Gaza are primarily due “to long-standing disputes between the Palestinian Authority and Hamas“.

But, of course, if we’ve learned anything about UK media’s insistence on maintaining the desired narrative about the Israeli-Palestinian conflict, carefully examining the specific causes of suffering and deprivation in Gaza – thus challenging their readers’ stereotypes and preconceived notions – is simply not part of the equation.

0 replies on “Contrary to UK media claims, there are NO Israeli restrictions on stethoscopes entering Gaza”