On Dec. 29, we posted about a curious claim in The Telegraph in an article about a Christmas tree decorated with photos of Palestinian terrorists which was unveiled at Al-Quds University in east Jerusalem last month. 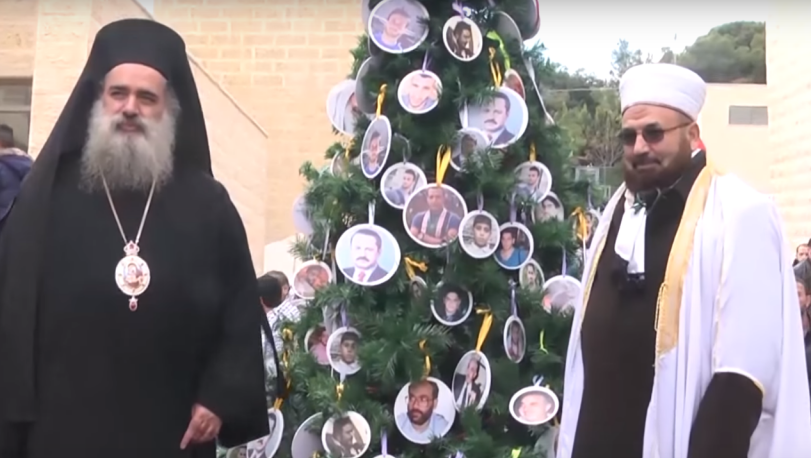 Here’s the claim in question in the article by Raf Sanchez.

Students at al-Quds University [at the east Jerusalem Abu Dis campus] were reprimanded when they decorated a Christmas tree with the images of young Palestinian “martyrs” who were killed trying to attack Israelis during this latest wave of violence.

We questioned the claim that students were “reprimanded” in a direct communication with Telegraph editors by noting that the tree unveiling was at an official ceremony which included the university president Imad Abu Kishk. (See video of the ceremony here)

It seems highly unlikely, we argued, that the students responsible for the martyr-themed tree would have been subjected to an official reprimand if the president of the school himself sanctioned the event.

The Telegraph upheld our complaint, and amended the section about the alleged “reprimand” and added language based on the video evidence we provided.

It now reads as follows:

That defiance can go too far, however. Father Jamal protested when students at al-Quds University decorated a Christmas tree with images of young Palestinian “martyrs” who were killed trying to attack Israelis during this latest wave of violence. Despite his objections, the tree was put up and unveiled at a ceremony attended by the university president and several Christian and Muslim clerics.

We commend Telegraph editors on the substantive correction.