In the early hours of February 26th a security guard at a shopping centre in Ma’ale Adumim was brutally attacked by a terrorist armed with an axe. The terrorist fled the scene and the badly wounded victim was later found by cleaning staff.

“At approximately 1:15 am, police received a report of a man who had been stabbed at a mall in the city. A large number of police forces converged on the scene, where they spotted the security guard lying on the ground with multiple slash wounds.

Magen David Adom paramedics provided the guard with medical assistance, and evacuated him to Hadassah Medical Center in Jerusalem’s Ein Karem, where he arrived unconscious and on a respirator, with wounds all over his upper body. He was taken into the operation room, where doctors are still fighting to save his life.”

The victim – Tzvika Cohen – is still in a very serious condition. The suspect – who worked at the same shopping centre – was arrested on February 28th after a family member contacted the police.

There has been no BBC coverage of that attack or the subsequent developments in the case. 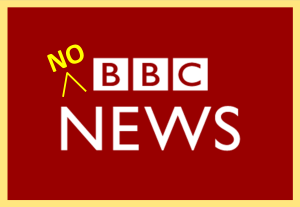 On February 29th the Israeli security services announced the arrest of two snipers from Hebron who carried out several attacks in recent months, including one on November 6th in which two youths were wounded and one on January 3rd in which a female soldier was shot.

“The brothers – named by the Shin Bet as Nasser Badwi, 23, and Akram Badwi, 33 from the Abu Sanina neighborhood of Hebron, carried out a number of attacks including the shooting of worshippers at the Tomb of the Patriarchs on November 6th that left two people lightly to moderately wounded.
According to the Shin Bet, the brothers – both Hamas members – used a homemade sniper rifle that they kept stashed in a Hebron mosque to carry out the attacks. They would usually climb to the third floor of a building owned by their father, which was undergoing renovations, and use it as a perch to fire at soldiers and Israeli civilians.”

Neither the November attack nor the January attack received any coverage from BBC News.