When yet another member of the UK Labour party was found on April 26th to have posted offensive material on social media, many British media outlets had no problem informing their audiences what the story was about. 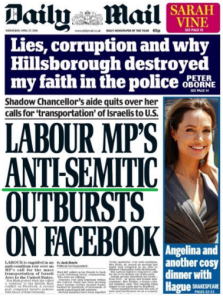 The Bradford West MP’s posts advocating ethnic cleansing of Jews from Israel, making Nazi analogies and promoting conspiracy theories were, however, portrayed by the BBC as follows in an article appearing on its website’s UK politics page: 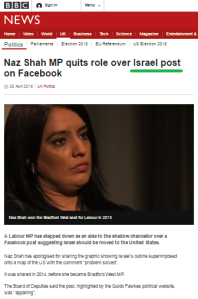 In 2013 the BBC similarly airbrushed comments made by another Bradford MP and, following a complaint from a particularly tenacious member of the public, eventually had to correct its inaccurate headline. The BBC Trust’s ECU noted that: