If you were to glance at the Israel page of the Independent on Sept. 7th, this is what you would have seen. 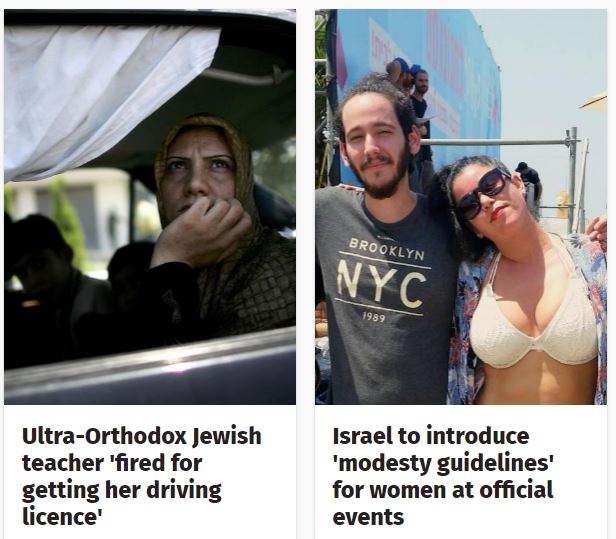 Two articles pertain to accusations of war crimes against Israel or its leader.

Two articles paint Israel as a misogynistic country with ultra-conservative attitudes towards women and modesty.

One article highlights comments by Israel’s police commissioner interpreted as a justification for racism.

One article focused on the alleged harassment (by settlers and police) of a Palestinian man who recorded the moment an Israeli soldier shot a disarmed Palestinian terrorist.

One article – the only one that didn’t attempt to paint Israel in a negative light – focused on a building collapse in Tel Aviv.

Though this is only one day’s view of the Indy’s Israel page, it’s indicative of a larger pattern of systemic bias against the state at the news site – one which we’ve been documenting for years.

For more information on the Indy’s coverage of Israel, see our posts on this page.

Like Loading...
Tags from the story
Delegitimization, Independent, Israel, Uncategorized
Written By
Adam Levick
More from Adam Levick
Nir Rosen, a political contributor to many publications, including the Guardian, recently...
Read More