Rather than asking whether opposing a Jewish state or supporting BDS is inherently anti-Semitic, London based blogger David Collier asks a more practical question: are the people who espouse these views also espousing ideas representing classic anti-Semitism?

Questions regarding the relationship between anti-Zionism and anti-Semitism have been the subject of much discussion. Both Natan Sharansky and Rabbi Jonathan Sacks have put forward convincing arguments that much of anti-Zionism is in fact anti-Semitic, with people such as Peter Beinart arguing the opposite. A new report now provides persuasive evidence that many anti-Zionist circles in the UK are rife with anti-Semitism.

The 79 page report by David Collier takes a very concrete approach. Rather than asking whether opposing a Jewish state or supporting BDS is inherently anti-Semitic, he asks a more practical question; are the people who espouse these views also espousing ideas that are classic anti-Semitism? Do the people who support BDS and oppose the existence of the state of Israel also believe things that are classic anti-Semitism – Holocaust denial, belief in a global Jewish cabal, and blaming of ISIS and 9/11 on the Mossad?

The answer was an overwhelming yes – many of the most involved anti-Israel activists also seem to hold classic anti-Semitic views. Collier focused on the Palestine Solidarity Campaign (PSC), and looked at the Facebook accounts of major PSC activists to see what sort of articles they post – and his report provides damning evidence of the anti-Semitism that is rife within PSC ranks.

Lets start with an easy example – In December 2015, PSC Bristol posted on Facebook, asking for activists to come down to run the BDS stall to tell Christmas shoppers to boycott Israel. Three people responded, saying that they would come to run and support the stall – Shirley Dodd, Cookie Love McBride and Owen Williams. Here are the sort of things these people post on their Facebook walls: Shirley Dodd posted an article from entitled “Christians should not support Ashkenazi and Israeli fake Jews”. Cookie Love McBride posted an article entitled “The Federal Reserve Cartel – The Rothschild, Rockefeller and Morgan Families” and Owen Williams takes the biscuit by posting a fake photo of Israeli Jews wearing ISIS T Shirts, and an article entitled “The Genocide of 15+ million Germans by the Jews.” So if you would have seen the Bristol PSC stall that day, the people telling you to boycott Israel would have been anti-Semites. 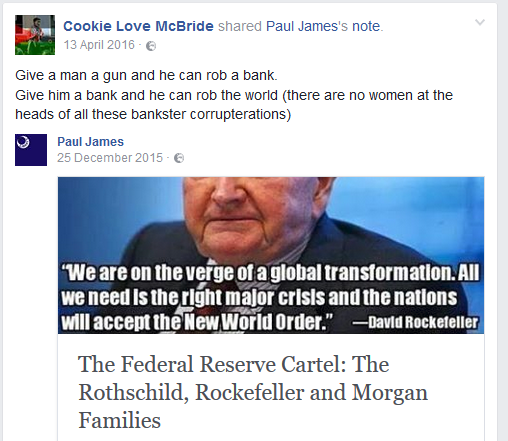 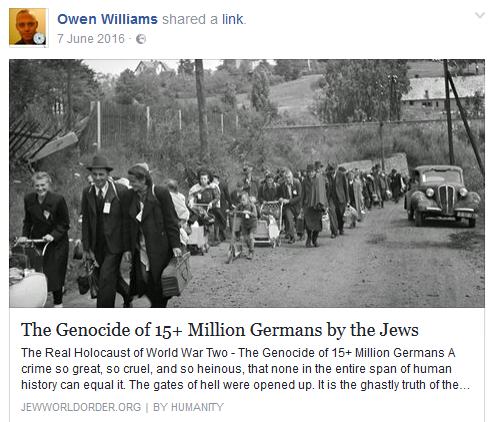 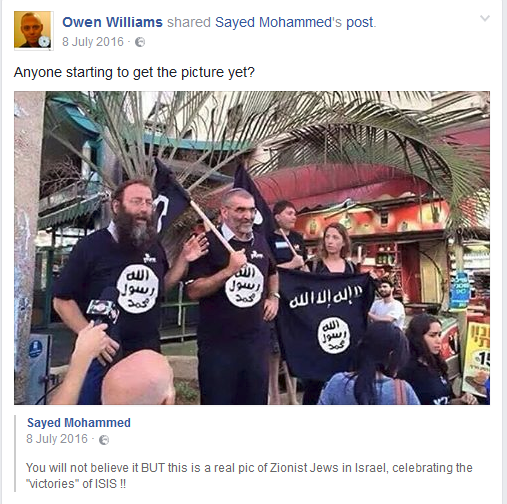 Tapash Abu Shaim is very involved in the PSC hierarchy – he is pictured below having dinner with the Chair of PSC Hugh Lanning, and their guest Haneen Zoabi at the PSC AGM (He is the third from the right in the photo). Tapash posts the most unhinged of conspiracy theories – ISIS stands for Israel Special Intelligence Service, 9/11 was a Tel Aviv based job, and posts an article which is summarised by this sentence “The Zionist Power Configuration (ZPC) operates at a both a global and a local level, as was indicated on 9/11.” 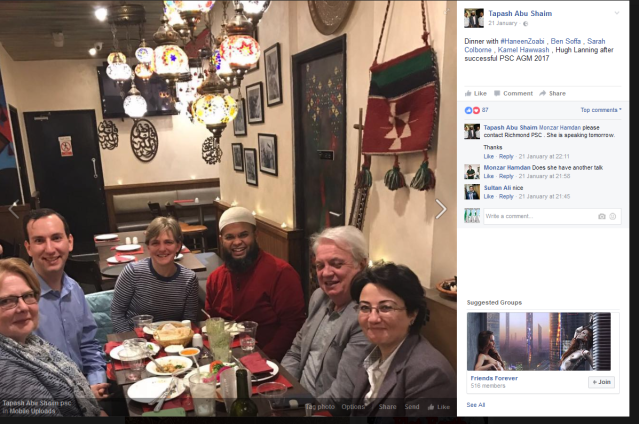 Tony Gratrex is a central figure in PSC Reading, who is often on the streets encouraging people to boycott Israel. Here he is in action (in the centre of the photo), and here are some of his Facebook posts. 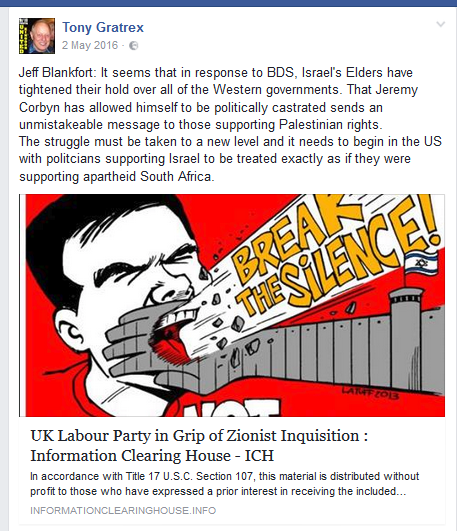 And look who else took a smiling photo with him. 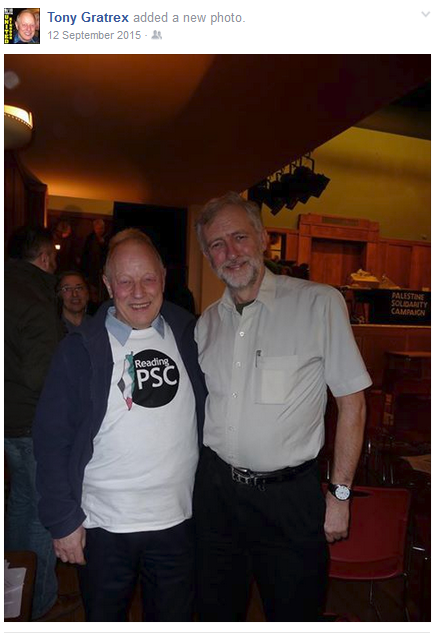 These are just a few examples, but Collier’s report features example after example of prominent PSC figures who are anti-Semitic. His report is a damning testimony against the Pro-Palestinian movement, and shows that Jewish fears are well founded. Pro-Palestinian groups cannot continue to tolerate such high levels of anti-Semitism within its movement, and supporters of the PSC, going right up to Jeremy Corbyn, have to rid their movement of anti-Semitism. Now.