Last week we noted that the synopsis to a BBC World Service radio report on the recent Radiohead concert in Tel Aviv inaccurately described that city as “the Israeli capital”. 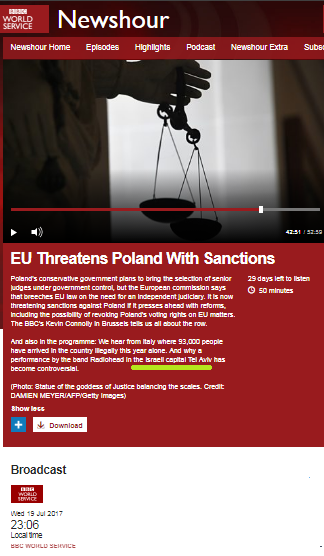 After BBC Watch alerted the programme concerned to that inaccuracy, the wording was changed.

However, the edit does not include acknowledgement of the error and – in line with long-standing BBC policy – of course does not bother to inform those who previously read the misleading information that Jerusalem is in fact the capital of Israel.