'Woman's Hour' omits information about opposition to an Israeli film.

The September 22nd edition of the BBC Radio 4 programme ‘Woman’s Hour‘ included an interview with an Israeli-Arab film director who was also featured in an article that appeared on the BBC News website’s Middle East page between September 3rd and 21st inclusive. 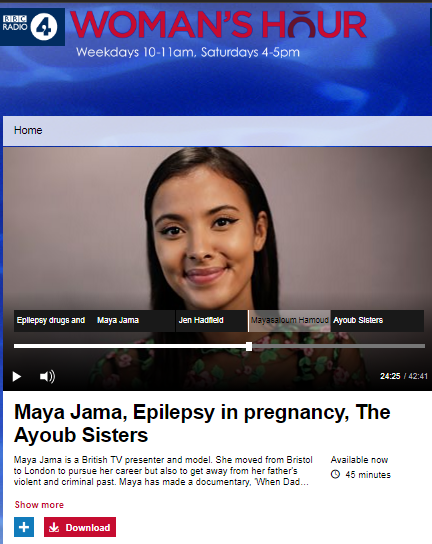 “‘In Between’ tells the story of three young Arab women living together in Tel Aviv, Israel. Away from the constraints of their families, they find themselves caught in between the free lives they want to lead and the restrictions still imposed on them. The first major film by Palestinian director Maysaloun Hamoud has been praised by international critics but also caused controversy, Maysaloun has had a fatwa issued against her. She joins Jenni to discuss.”

During the interview (from 24:20 here) listeners heard two further references to that ‘fatwa’ from presenter Jenni Murray.

25:07: “The writer and director Maysaloun Hamoud had a religious fatwa issued against her.”

31:03: “Now the film, we know, has attracted controversy about its theme. A fatwa was issued and I know there’ve been death threats. What impact is that having on you?”

At no point were the programme’s British listeners informed what a ‘fatwa’ is, who issued the one concerned or what was demanded by the film’s opponents – as explained by Ynet:

“Upon its release, it [the film] was heavily criticized in Umm al-Fahm, including by the city’s mayor.

Located in northern Israel, Umm al-Fahm is one of the country’s largest Arab cities with around 50,000 residents and serves as a stronghold for the Islamic Movement. The film was banned from screening in the city.

Right after the film was first screened in Israel, the mayor of Umm al-Fahm Sheikh Khaled Hamdan called Hamoud a heretic during a speech delivered in a mosque in January. Soon after, the Higher Islamic Council issued a fatwa, a religious Islamic ruling that determined that Hamoud was harming Islam and that the film was sinful. […]

The Umm al-Fahm city hall also sought a countrywide ban on In Between, and wrote a letter to the Israeli Ministry of Culture demanding that the film be removed from all Israeli theaters, describing it “offensive to the religion of Islam and to the residents of Umm al-Fahm in particular.””

Similarly, when Jenni Murray asked Hamoud about criticism of the source of funding for the film by “some people”, listeners were not told that the criticism came from supporters of the Boycott, Divestment and Sanctions (BDS) campaign or that the film fund in question is financed by the Israeli Ministry of Culture and Sport.

29:45 Murray: “Now I know you were funded from Israeli film funds. Why were some people critical of that?”

Murray made no effort to question or clarify the claims of ‘discrimination’ and ‘tenth class citizen’ included in Hamoud’s response.

Hamoud: “I also ask why some people critical on that when they don’t remember [an] important thing: that I am a Palestinian [but] in the same time I am a Israeli citizen. I pay taxes, I have all my duties to the state that I deserve to get back – OK – as a citizen. But because I am a Palestinian citizen, so I am not second, even third or – I don’t know – tenth citizen class for the Israeli and we are discriminated [against] so we don’t really get our budgets that we deserve so I need to take not just that money that I took for my movie. I need – we as Palestinian artists, filmmakers or not just filmmakers – need to get our what we deserve so I see all the people who criticize this as really non-connected to reality.”

Neither did Murray bother to provide listeners with relevant information which would help them put Hamoud’s politicised portrayal of ‘history’ into its appropriate perspective.

28:33 Hamoud: “The Palestinian cinema is still so young. We cannot actually forget that we as a Palestinian had a very big, big, dramatic point in our history – it called the Naqba, OK – ’48 in creating of Israel. And let me say [it] smashed all the Palestinian society so after that dramatic historical – crucial, actually – point you start to build society from zero, from scratches [scratch], and not just in the culture aspect: in everything.”

In other words, while listeners to this item did not get a proper explanation of the religious and political sources of opposition to the film and its funding, they did hear completely unchallenged, one-sided, politicised portrayals of Israeli society and history that have considerably less relevance to the topic of discussion.