The BBC has published its new complaints procedure.

“In April 2017 the BBC published an interim Complaints Framework to reflect the new governance and regulatory arrangements that came into effect in April 2017. Under these arrangements, the BBC Board has oversight of the complaints process and Ofcom is the independent regulator for most types of BBC complaints.

In July 2017, as required by the Charter, the BBC opened a consultation on the Framework. This consultation closed on 16 August 2017.”

Following that consultation, the BBC has finalised its new complaints procedure (effective from October 3rd 2017), which can be found here.

The submissions made by organisations (not individuals) can be read here and include BBC Watch’s submission.

The BBC’s response to the submissions made can be found here. 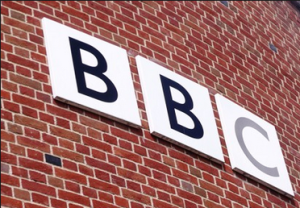 Among the points raised by BBC Watch was that of the different reference numbers at the various stages of complaint: a practice which is obviously confusing. The BBC responded to that point as follows:

“The current technology for making complaints online and for the allocation of reference numbers, does not allow for the same reference number to be used by the complainant throughout the process. However, the BBC will endeavour to rationalise this when the current system is due for reprocurement.”

Another issue highlighted by BBC Watch was that the generic responses received by complainants at Stage 1a in cases in which there is a high volume of complaints often do not address the points raised. The BBC’s response is as follows:

“The use of generic responses to large numbers of complaints on a same issue was introduced by the BBC in an earlier review of the complaints framework as a way of speeding up the process of replying to complaints. We continue to believe that this is the most efficient and timely way of dealing with high volume complaints on the same subject. Complainants who receive a generic response will continue to be notified that their complaint is being dealt with in this way, and why. And they continue to have the ability to escalate their complaint should they feel that a particular issue raised in their original complaint has not been addressed.”

BBC Watch also raised the issue of the 30-day time limit around complaints relating to online material, pointing out that the complaints procedure contradicts the BBC’s own guidelines on Removal of BBC Online content and that if the content is still on the BBC website, the complaint should still be admissible. The BBC’s response is as follows:

“In response to the issue raised about 30-day time limit for editorial complaints (especially in relation to online material), the BBC has reviewed the text and concluded that the current wording is sufficient as it states that complaints may be considered after that date if there is a particular reason for this. This should give assurance to licence fee payers that complaints about online material more than 30 days old will be dealt with appropriately.”

In addition, BBC Watch highlighted the issue of the word restriction in the online complaints form and the inability to add supporting documents such as maps. The BBC responded:

“For editorial and general complaints, we are satisfied that the character limit in the online form and word count limit for complaints in writing should remain as is. The framework does make clear that lengthier complaints will be considered in certain circumstances.”

Have your say on the BBC complaints system

How to complain to OFCOM about BBC programmes

How to Complain to the BBC