The standard of BBC fact-checking in evidence on BBC Two.

The August 15th edition of BBC Two’s ‘Victoria Derbyshire’ included an item introduced by the presenter as follows: [emphasis in italics in the original] 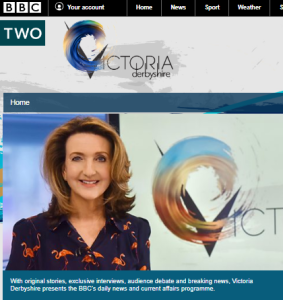 Derbyshire: “Next: in simple terms antisemitism is described as hostility to, prejudice or discrimination against Jewish people. But even the definition of the term has been the cause of debate in recent weeks as the Labour antisemitism row goes on. Now one of the most high-profile lawyers in Britain, Mark Lewis, and his partner Mandy Blumenthal – a property company director – tell this programme in an exclusive joint interview that they believe the level of antisemitism in this country has become so severe that they no longer feel safe living here. Instead, they say, they’re moving to Israel and intend to do this by the end of the year.”

One might have thought that, having invited two people onto the programme ostensibly to hear about the experiences – including a death threat – that have prompted them to reach the decision to uproot their lives and relocate to a different country, Derbyshire would have refrained from spending the next fifteen minutes telling them why they are wrong.

Derbyshire later inaccurately described the conference in Tunisia in which Corbyn had participated together with senior members of terrorist organisations as a “peace conference” and the standard of BBC fact-checking was also on display in another segment:

Derbyshire: “Sorry – that was the information I was given. That’s obviously inaccurate.”