The reliability of a BBC source is revealed.

As regular readers will be aware, the BBC often uncritically quotes and promotes information and statistics – particularly Gaza casualty figures – provided by the UN agency OCHA.

On November 21st another political NGO that has appeared in BBC content – MAP – promoted UNOCHA supplied figures in a tweet. 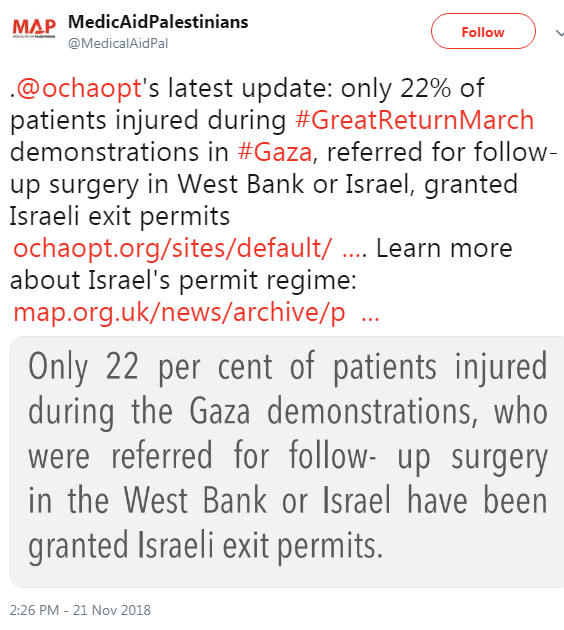 However (unsurprisingly to those familiar with UNOCHA’s  methodology) it turned out that those statistics were not all that they were made out to be when the Coordination of Government Activities in the Territories (COGAT) later replied to that tweet. 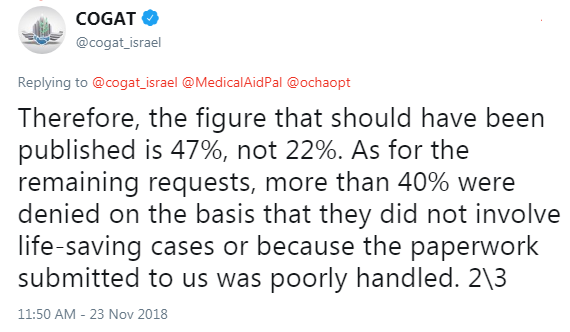 And yet UNOCHA – often presented to BBC audiences as merely ‘the UN’ – continues to be among the partisan NGOs frequently uncritically quoted and promoted by the BBC, despite the corporation’s supposed commitment to accurate and impartial reporting.