So, when Angela Davis had the opportunity to truly 'speak truth to power' on behalf of actual political prisoners in a totalitarian regime, she failed to do so. Yet, decades later, she ardently champions for the release of Palestinian terrorists convicted for acts of violence against citizens of a democratic state - and is of course bestowed the moral badge of "civil rights activist" by the Guardian for doing so.

The veteran civil rights activist Angela Davis said she was “stunned” by the decision of Alabama’s Birmingham Civil Rights Institute to revoke an award she was set to receive.

The institute announced in October that Davis, a Birmingham native, would receive the Fred Shuttlesworth Human Rights award, calling her “one of the most globally recognized champions of human rights, giving voice to those who are powerless to speak”.

But last week, the organization reversed course and said she does not meet the criteria after all, in an apparent response to objections over her outspoken support of the Boycott, Divestment and Sanctions movement that protests against Israel’s treatment of Palestinians.

Davis, who was an active member of the Black Panther party, the Student Nonviolent Coordinating Committee and the US communist party, said her support for Palestinian prisoners is consistent with her support for political prisoners in other parts of the world.

Further, Davis, an American radical left activist, is quoted in the article predictably maintaining that though she’s ‘critical’ of Israel, she passionately opposes antisemitism.

However, once again, the Guardian, in uncritically repeating Davis’s talking points, has only provided readers with a small piece of the story.

For starters, Davis is a hardcore anti-Israel activist who has, for instance, falsely claimed the existence of racially segregated Israeli roads, accused Israel of apartheid and charged the state with engaging in “ethnic cleansing” and “genocide” against Palestinians.

Moreover, Davis’s conception of “political prisoners” – whose freedom she hopes to secure – appears to encompass literally all Palestinian terrorists in Israeli prisons, as she’s a co-author of a highly propagandistic document called the Robben-Island Declaration – named after the South African island where Nelson Mandela was imprisoned. 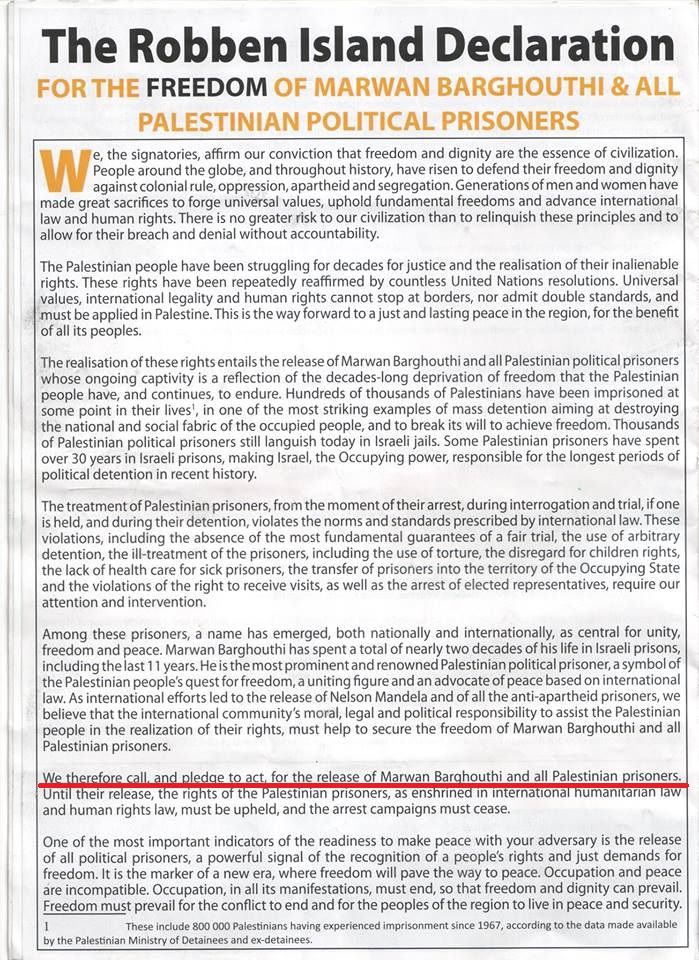 To Davis, even Palestinians – such as Marwan Barghouti – imprisoned for the murder of Jews are “political prisoners”.

Not surprisingly, Davis is also a fan of Palestinian terrorist Rasmea Odeh – convicted for her role in the murder of two Israeli students in a 1969 Jerusalem supermarket bombing.  Odeh, who was released in a prisoner swap in 1980, emigrated to the US, but was recently deported after being found guilty of failing to reveal her terrorist background to immigration authorities. 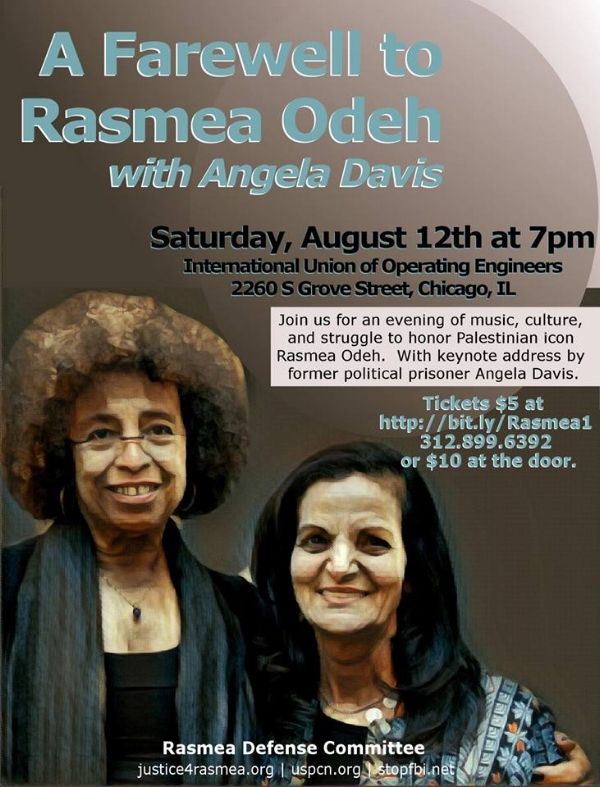 A genuine “civil rights activist” (and opponent of antisemitism), it seems, would make common cause with Jewish civilian victims of terrorism, not the perpetrators of such attacks.

Finally, even Davis’s record on the narrow issue of political prisoners is one of ideological extremism and profound moral hypocrisy. Davis was a communist who openly supported the Soviet Union during the Cold War, and even refused a Czechoslovakian dissident’s plea, in 1972, that she express support for true prisoners of conscience in their Soviet bloc country. (Angela Davis reportedly believed that those jailed in Eastern Europe were trying to undermine their governments and that those who went into political exile were attacking their own countries and, thus, undeserving of her support.)

So, when Angela Davis had the opportunity to truly ‘speak truth to power’ on behalf of actual political prisoners in a totalitarian regime, she failed to do so. Yet, decades later, she ardently champions for the release of Palestinian terrorists convicted for acts of violence against citizens of a democratic state – and is of course bestowed the moral badge of “civil rights activist” by the Guardian for doing so.